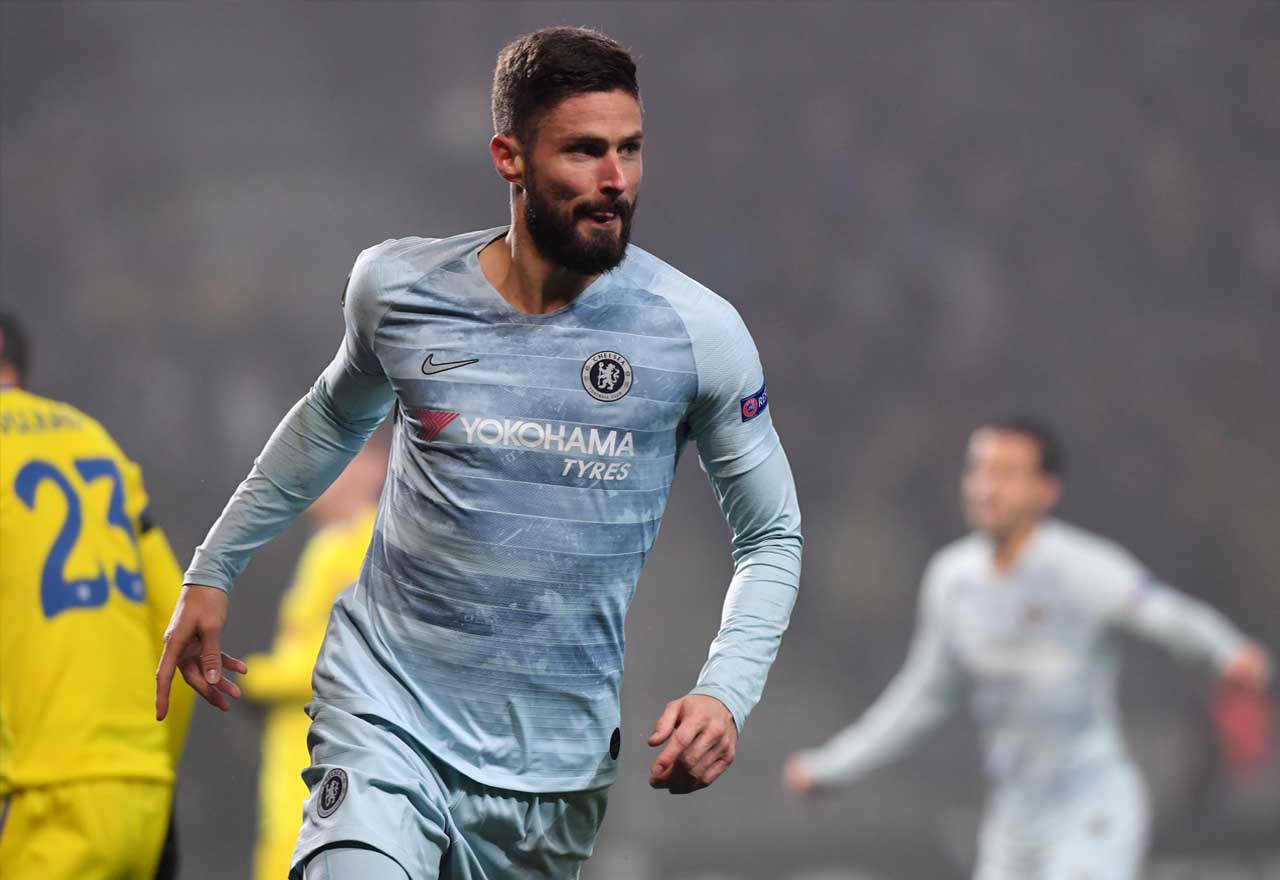 Chelsea defeated BATE Borisov 1-0 in Belarus thanks to a second-half goal from striker Olivier Giroud.

Chelsea headed into the game knowing that a win would be enough to secure progression into the knockout stages of the Europa League. It wasn’t the most convincing of performances from Maurizio Sarri’s men, but they got the job done eventually.

The Blues headed into the half-time break having not had a single shot on target during the opening 45 minutes. Sarri needed to provoke a reaction from his players in the dressing room, and he did so effectively. Olivier Giroud netted seven minutes after the break.

Emerson Palmieri was one of Chelsea’s worst performers in the first-half, but he produced a moment of real quality in the form of a gorgeous whipped delivery into Giroud. The Frenchman headed into the back of the net to bag his first goal of the season.

That proved to be enough to get us over the line and returning to London with all three points. Chelsea’s preparations for our game with Everton at Stamford Bridge begin now. Let’s hope our flight home doesn’t get delayed this time…

Here’s our player ratings for today’s game. Do you agree with us, Blues? Let us know what you think of our ratings on our Twitter page @TalkChelsea.