Chelsea rolled over for Manchester City at Stamford Bridge and subsequently suffered a 1-0 defeat.

After such a positive and dominant performance against Atletico Madrid on Wednesday night, we were confident that we could replicate that against Pep Guardiola’s side – but we didn’t, not even close.

When Alvaro Morata left the field after half an hour clutching his hamstring, you got the feeling that it wasn’t going to be our day, and our fortunes did not improve.

The game was epitomised by former Blue Kevin De Bruyne getting on the scoresheet, and his goal proved to be decisive.

How important could this goal from Kevin De Bruyne be for @ManCity?! What a strike! https://t.co/EQyYJ7pLNW

There were evident signs of fatigue, City did have an extra day to recover following their Champions League game midweek, but there are no excuses for how flat our performance was.

We need to be doing better than that if we want to have any chance of retaining our Premier League crown.

Here are our player ratings for today’s game:

Bakayoko was absolute crap & i do agree with Kante rating, the entire side barring our goalkeeper & Christenson were crap! Conte should have made changes at half time taking off Fabregas & Bakayoko bringing on Pedro & Willian, sadly he left it too late.What upsets me most was the… Read more »

one more thing rudiger is not grt with the ball

Whoever gave Kante 2 is a very bad rater. If not for him and Bakayoko ND few players. It would have been a story of heavy defeat at the bridge. Blues in our DNA. Win or lose. Though it’s very painful. And Conte should ve brought in Bashtuayi instead of… Read more »

Willian was a mess tonight, he was clearly a minus from d team. Fabregas as well didn’t show a glimpse of his class 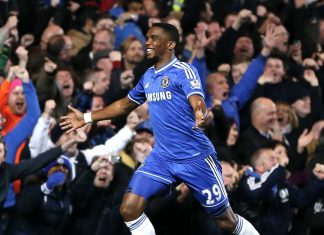 Chelsea’s 6 goals against Arsenal in 2014 ranked