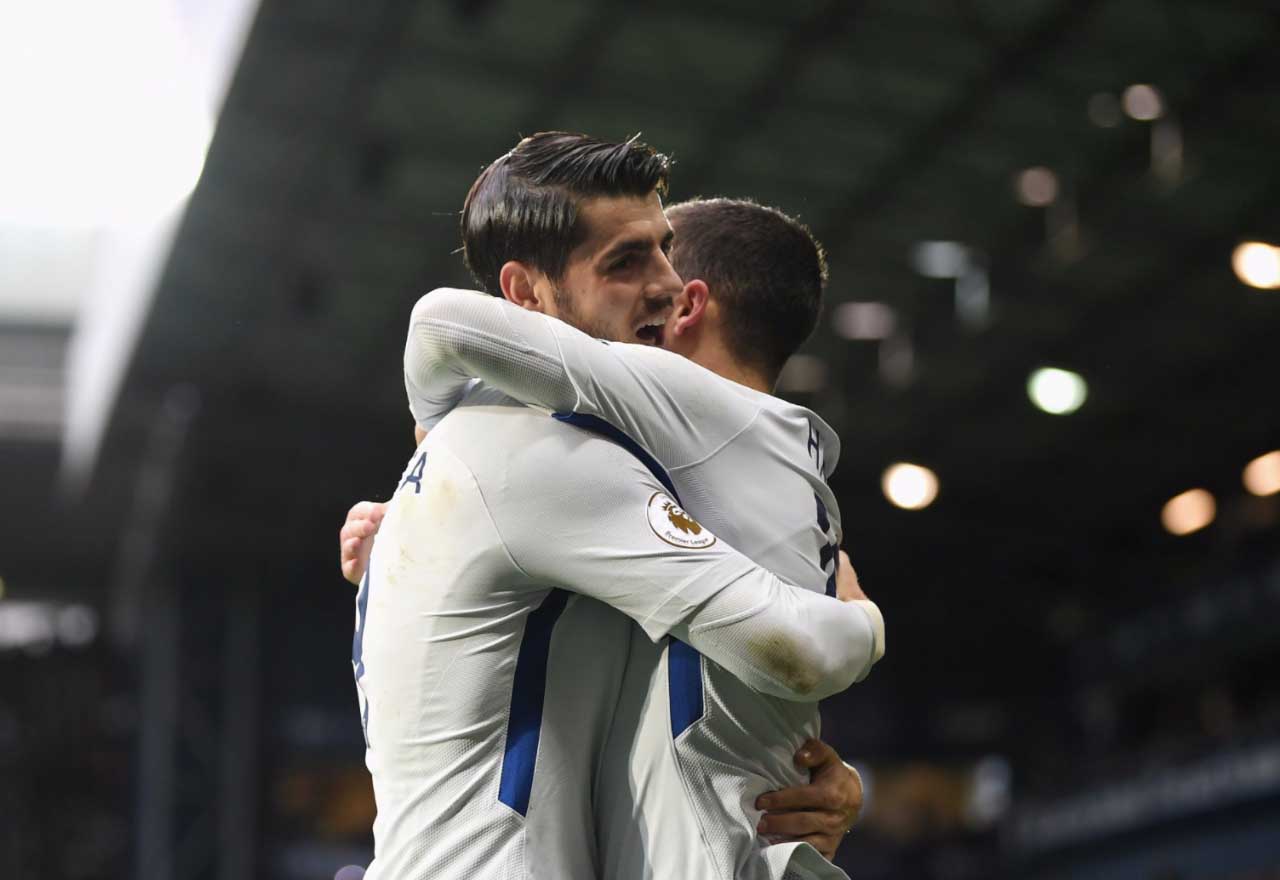 Chelsea brushed past West Brom at the Hawthorns with our most impressive performance of the season so far in this chelsea match analysis.

It was Alvaro Morata who opened the scoring for the Premier League champions with his ninth goal of the season. He was first to react after Eden Hazard’s shot was saved, and fired home into the back of the net. Hazard then added one of his own. Morata played the Belgian through on goal with an absolutely ridiculous back-heel, and Hazard made no mistake. Click here to see the goal if you haven’t already, the assist was a work of art.

Marcos Alonso added a third soon before the half-time break from an improbable angle. You can try and figure out how he squeezed it in from there by clicking here.

Midway through the second-half, Hazard added a second. After a beautiful pass from Cesc Fabregas, Hazard fired past Ben Foster and into the back of the net to seal the victory. You can see that goal here.

If we continue to perform in that manner, it’ll be impossible to rule us out of the title race this early on in the campaign. The link-up play between Hazard, Morata and Fabregas was deadly. Long may it continue – here’s our player ratings.