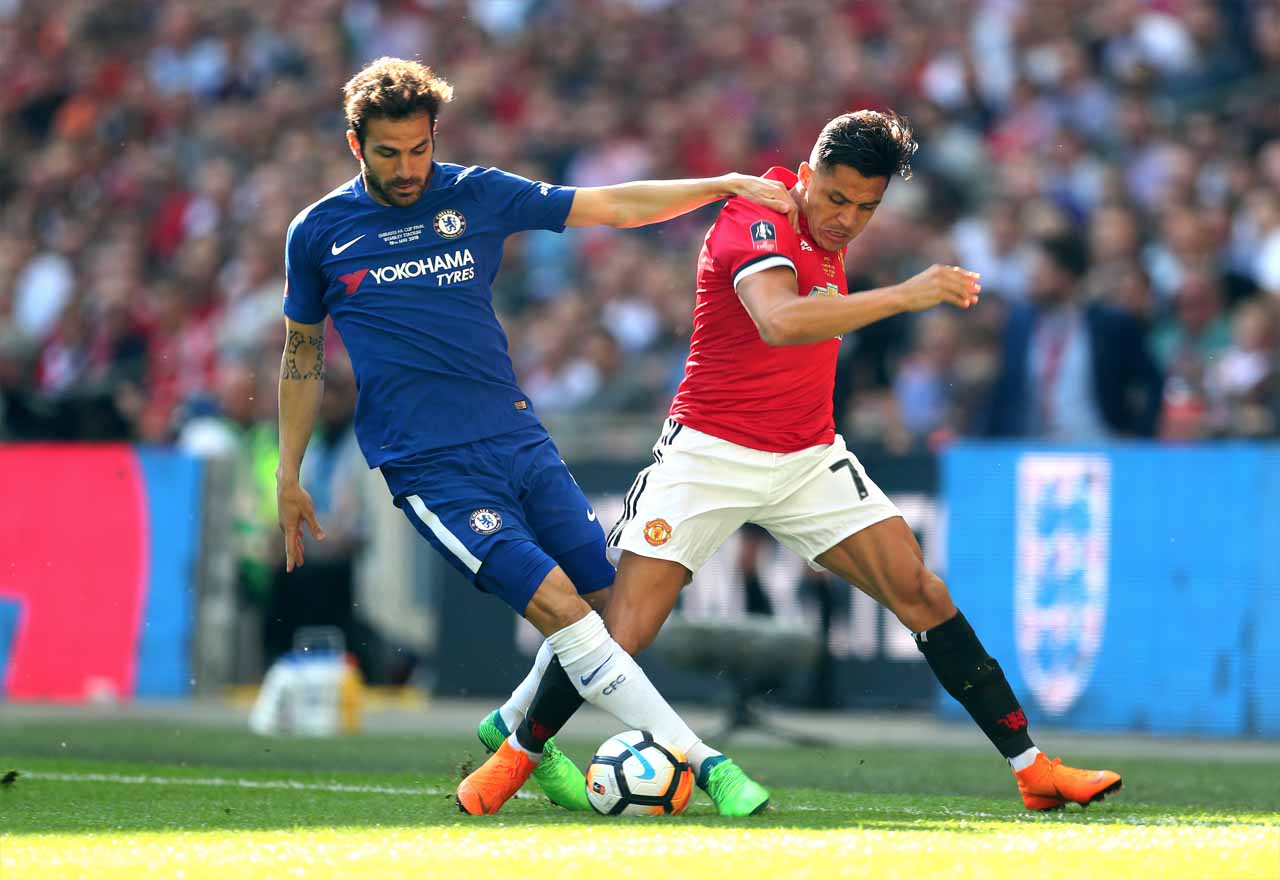 Chelsea fans have absolutely torn into Cesc Fabregas after the Spaniard showed his legs against Manchester United in the FA Cup final at Wembley.

Fabregas’ only FA Cup winners’ medal came back in 2005 during his time at Arsenal. He revealed ahead of today’s game that he had in fact lost that medal and thus will have been eager to secure another.

The Spaniard’s desire to lift the FA Cup with his team was not evident in his performance against the Red Devils. Fabregas continually wasted possession in dangerous areas, both in our own and United’s final third.

Paul Pogba’s dominance over Fabregas could not have been clearer for the world to see. Cesc is playing for a new contract at the club, but he’s not going to get one if he continues to show his age in performances like this.

Chelsea fans are not happy with him, which is understandable when you consider what’s at stake. Here’s how some took to Twitter to vent their frustration at his performance.

Rudiger is a better passer than Fabregas.

Please remove Fabregas now. He is a passenger fam #CHEMUN

Anyone or anything is better than Fabregas right now

yes i’m afraid he is past his sale by date. So slow now