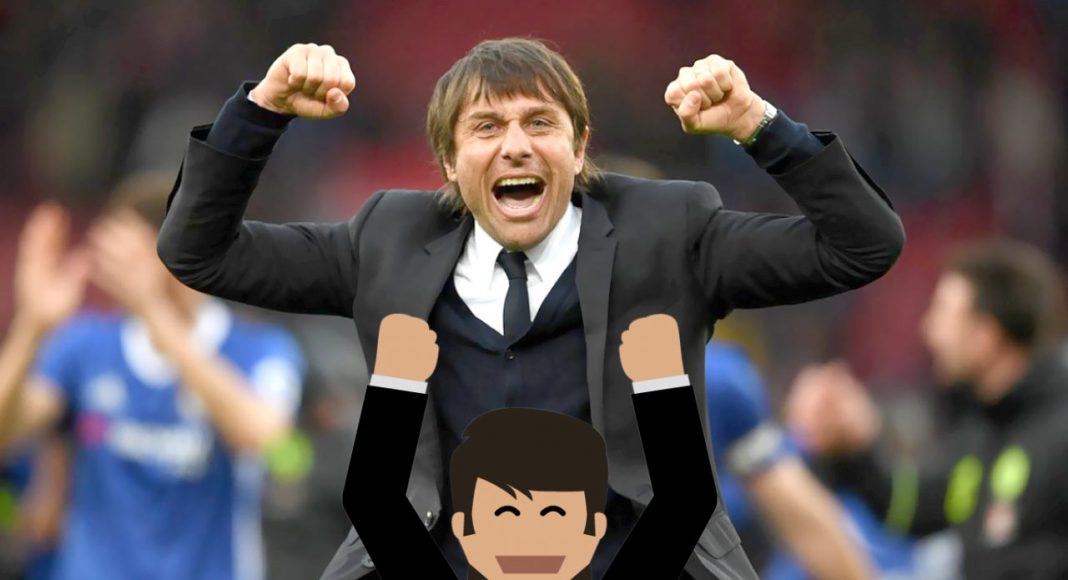 This is not a drill – Antonio Conte has his own emoji.

The Italian took charge of side who were battered and broken, and finished tenth in the Premier League the season before. Twelve months on Chelsea are champions once more, and it’s all thanks to Conte.

Conte has been rewarded for all his good work this campaign, and has achieved what was likely a childhood dream of his – he has his own emoji on Twitter.

Get the Antonio Conte emoji whenever you tweet with #ChelseaChampions pic.twitter.com/5hybdOmIWD

Using the hashtag #ChelseaChampions, you can post the little Antonio Conte figure, as shown below.

This really does appear to just be the beginning to life under Conte’s stewardship. He already has the Premier League title in the bag, and has an FA Cup final to look forward to.

If we beat Sunderland on Sunday, we will set a new record for the numbers of wins in a Premier League season, as well as accumulating the second highest points tally since the competition began.

If anyone deserves their own emoji, it’s Conte.