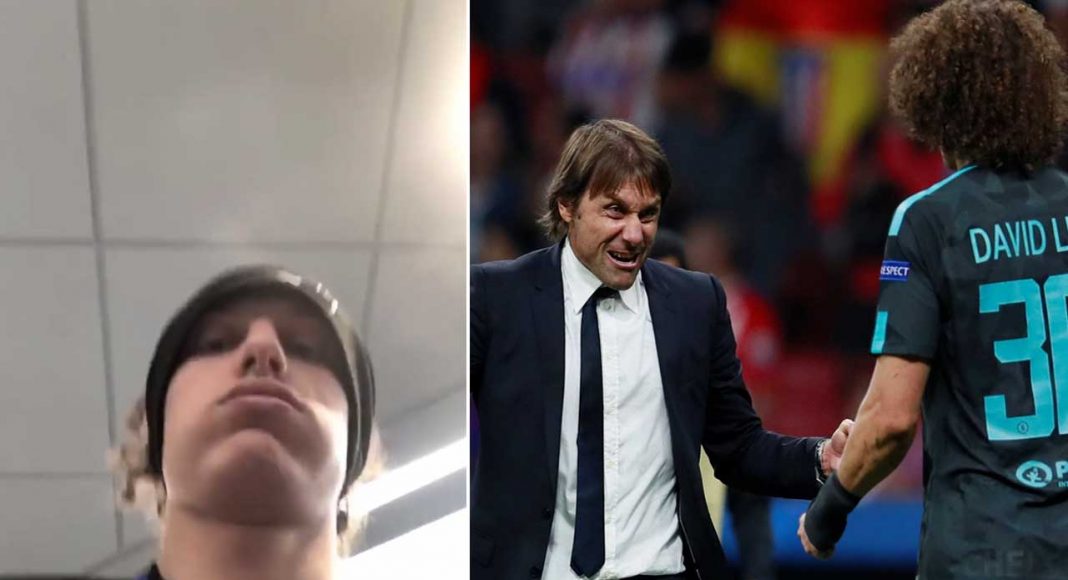 David Luiz has dropped a major hint that he will stay and fight for his Chelsea future, rather than jumping ship and seeking a move elsewhere next season.

Luiz was influential in our Premier League title-triumph last season, but has missed the majority of the 2017/18 campaign with various different injury problems.

There has also been rumours of a falling out with Antonio Conte, which could be another reason why he has only scarcely featured for the champions this term.

However, Luiz posted a video on his Instagram story of himself working hard on an exercise bike at Cobham, captioned: “Never give up”

David Luiz posted this on his Instagram story on Tuesday… 👀

Does he have a future as a Chelsea player? 🔵 pic.twitter.com/yEJfG5spFx

Whether or not Luiz has a future as a Chelsea player may well come down to whether Conte is still in charge come next season.

We get the feeling that he will be quietly hoping that the Italian’s misfortune continues and he leaves in the summer.

It is a message to those clubs who want to sign him up. LOL

Previous articleChelsea keen to get €68M transfer deal over the line, set to hold talks with European giants
Next articleCONTE UPDATE: Italian to be sacked, suitors put off by negativity, potential replacements