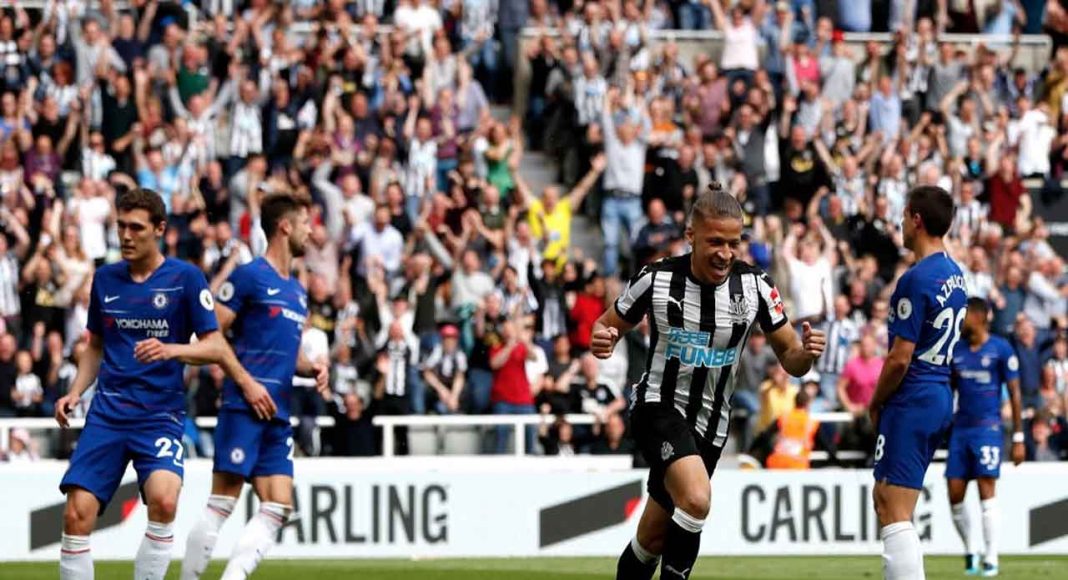 You’d think that we would throw everything we had into this game. Even if the chances of Brighton defeating Liverpool and allowing us an opportunity to breach the top four were extremely slim, we’d like to see the players fight until the very end.

Instead, it was one of the worst first-half performances we’ve seen this season. Conte made multiple changes to his side, presumably with one eye on the FA Cup final, but the team that he fielded is more than good enough to win this game.

Instead, we’re being out classed. Completely and utterly outclassed – and nobody’s surprised. Chelsea fans’ patience with Conte is wearing thin. Many took to Twitter during the first-half to vent their frustrations with the Italian.

Have a look at this, unless your name is Antonio Conte, then you should probably look away.

If Conte coached in the NFL. #CFC pic.twitter.com/eYfLRXO6Gp

TWENTY SEVEN MINUTES IN AND CONTE’S CHELSEA HAVE HAD 0 SHOTS TO NEWCASTLE’S NINE SHOTS.

Conte has sucked the life out of this football club.

Antonio Conte, it’s time to go I’m sorry – I’ve backed enough, problems from yourself and the board.

Let’s win the Emirates FA Cup and move on.

Can we sack Conte before FA Cup Final? At least to get out of this season with a trophy! #CFC