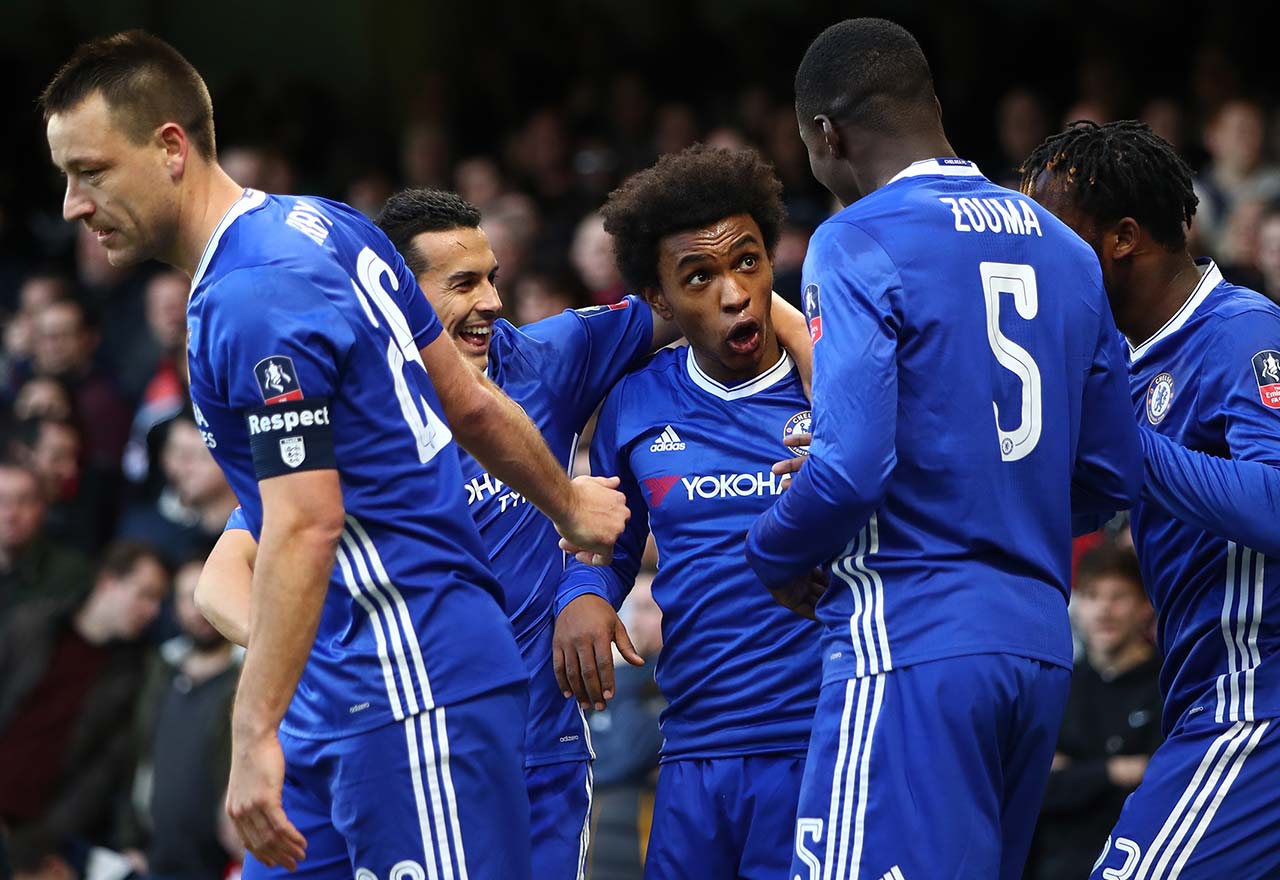 Some of the Chelsea players posted on social media after this afternoon’s FA Cup fifth round win over Brentford.

Willian opened the scoring with a beautifully curled free kick before Pedro made it 2-0 in the 21st minute.

Branislav Ivanovic came off the bench for looks like his last Blues appearance and slotted away the third. The Serbian then won then penalty that Michy Batshuayi stepped up to make it 4-0.

The victory sees Chelsea book their place in the fifth round draw for the 18th time in the last 20 seasons. The Blue’s are not playing in Europe this season so will be hoping to secure a league and cup double come may.

A number of players including Nathan Ake, Cesar Azpilicueta, Pedro, Kurt Zouma and Michy Batshuayi took to Twitter to post messages and photos after the game. They expressed their delight on the win and easing through into the fifth round of the FA Cup.

Here’s what they had to say

Great win in the FA Cup today, happy to be back at the Bridge! Thank you for the support👌🏽⚽️ pic.twitter.com/QIFT1OCxJj

We are through to the next round!! Vamos a por otra ronda!! 🔵 #FACup @ChelseaFC pic.twitter.com/rq65ErBZOC

On our way to the next round. So proud of my mates for the job done today. @ChelseaFC pic.twitter.com/kqJoXAWLYF

Very good and important win today ! On to the next round 💪🏾👍🏾👏🏾⚽ @mbatshuayi 👏🏾 #FACup #CFC pic.twitter.com/Kg8ncWFsxi

Assist 🎁 Goal ⚽ Clean sheet ✋ Perfect day at the office 😊😊 thanks for all the messages !! On to the next round 🔵 @ChelseaFC pic.twitter.com/mUj8AF3cr4