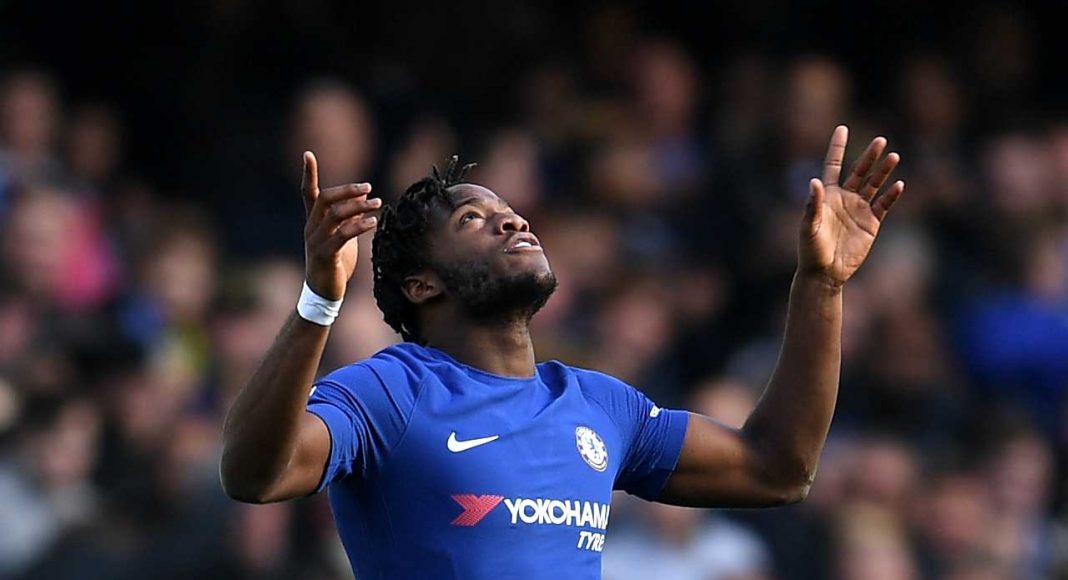 Michy Batshuayi has taken to Twitter to celebrate Chelsea’s 4-2 victory over Watford at Stamford Bridge.

The Premier League champions were up against it at times, but eventually their, and Batshuayi’s, quality shone through and it proved too much for Watford to handle.

After back-to-back defeats in the Premier League to Manchester City and Crystal Palace, and a 3-3 draw with AS Roma in the Champions League, Antonio Conte found himself in desperate need of a result today in order to ensure his job does not come under threat.

Thankfully for him, Batshuayi was on his A-game after being introduced after an hour of play. The Belgium international found the back of the net twice to complete Chelsea’s comeback, with the help of a goal from Cesar Azpilicueta.

In typical Batshuayi fashion, he took to Twitter soon after the final whistle to celebrate the triumph, and joke that he should be given an ‘in-form’ card on FIFA 18.

IF incoming tho 🤷🏾‍♂️

Previous articleChelsea 4-2 Watford player ratings: Match-winning substitute gets a perfect 10
Next article(Video) Antonio Rudiger proves his commitment to the cause is unquestionable