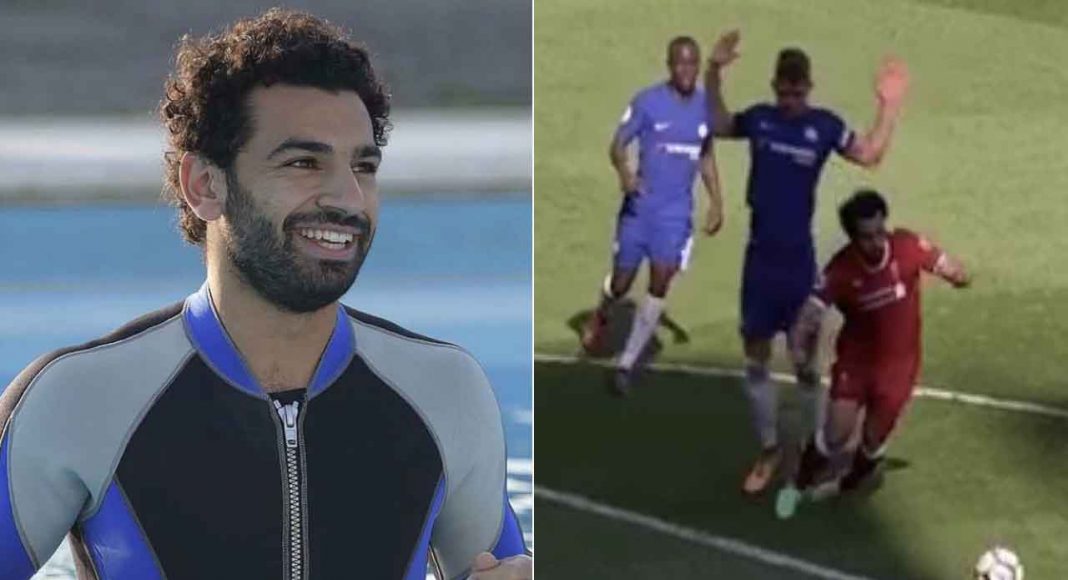 Mohamed Salah has received plenty of adulation this season, and rightly so, he’s a shoe-in for the Ballon D’Or if Liverpool win the Champions League.

However, nobody’s perfect, and he showcased his imperfections during Chelsea’s clash with Liverpool on Sunday afternoon. The Egyptian dived to the ground having been avoided by captain Gary Cahill and was subsequently booked.

Everyone hates diving, it’s blatant cheating. Salah appears to be pretty fond of it, though. Not only because he did it in one of the biggest games of the season, but someone dug-up the below tweet following the incident. We love Twitter.

To be fair to Cahill, he didn’t take it to heart. He helped his former teammate up off the ground and politely asked him to stop that kind of behaviour. Some would have encouraged him to knock him out – perhaps violence is the only way to stop him.