Talk Chelsea
Home The ePremier League And E-Sports – Chelsea Are On The Hunt For Their Newest Star!

The ePremier League And E-Sports – Chelsea Are On The Hunt For Their Newest Star! 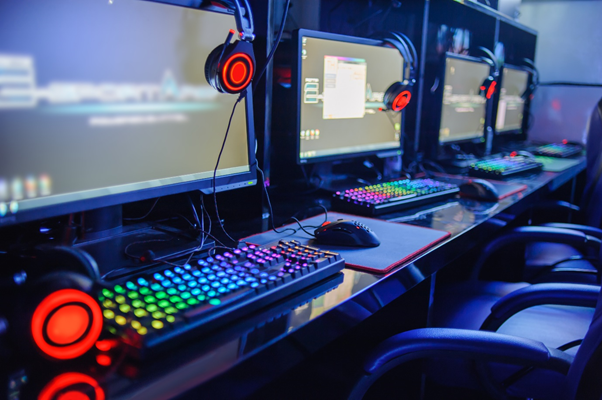 Football has quickly become a globally adored sport, bringing people together to celebrate success and commiserate heart-breaking defeats. It’s become more than just a game to so many – with season tickets, easy access to the streaming of games and a fan culture all of its own, the game has quickly become a staple in today’s society. Beyond the field, football has also become implemented into virtual betting games, console epics and mobile apps and this has quickly led to the rise in eSports tournaments.

In recent news, this has become clearer than ever before, with Premier League team Chelsea announcing their search for an eSports star. Here’s what we know.

Esports have grown exponentially since their launch in 2000, gaining a fan base very similar to the physical field game. With a number of skilled players attending tournaments across the globe, competing in front of excited crowds of fans, they have become sporting superstars in their own right.

Short for ‘electronic sports’, eSports are simply a form of ‘sport’ in which players compete against one another on computer games. This phrase has been used for RPG tournaments across games like WoW, CoD and similar, but also covers sporting games like FIFA.

While eSports weren’t initially popular, the improvements in games, internet speed, graphics quality and more have allowed for the industry to truly take off. This international platform for gamers to come together to compete has enabled players to connect and explore deeper into their shared passion.

Today, many of the leading players have developed an ever-growing fan base, who travel to support their favourite player in the tournaments they compete in. Despite the disagreements as to whether computer gaming can, in fact, be considered a sport, many believe that although it isn’t a physical activity, the skill that is involved does make it a sport.

There is plenty of anticipation surrounding e-sports, with there being much talk about how the organisation will develop in the future. From becoming an official organisation like FIFA, called the World eSports Association, to having a 24-hour TV channel that is completely dedicated to eSports, there are exciting times ahead for this growing sport.

The popularity of eSports has reached sports clubs, including Premier League football teams like Chelsea, who are beginning to buy eSports players as an attempt to secure representatives across the numerous tournaments. Recently, however, this has been centred around the ePremier League.

The Search For A New Star Player

At the end of 2018, Chelsea began their search for their new star player to represent them in the ePremier League. They even launched a campaign with the creative agency, We Are Social Sport, to do so. This search for a new star player was different to any other; no longer was sharp footwork a key characteristic, but instead, excellent hand-eye coordination and finger speed on the controls became a priority.

The club produced a video starring Fran Kirby, Eden Hazard, Ruben Loftus-Cheek and others to appeal to players to represent them in the ePremier League that launched on the 5th January 2019. To apply, Chelsea fans simply had to register on FIFA 19 and start playing through the tournaments to prove their skills with a controller.

The playoffs of the ePremier League, which has already been implemented into the official Premier League site, will kick off this year. Open to players based in the UK over the age of 16, this league is based off the EA Sports FIFA 19 game. Each player is chosen to compete for the Premier League football club that they support

If the players have qualified for the club playoffs, they will find themselves competing against one another for the final winning title. The announcements will be made shortly at various venues relating to the football club, across the country.

The overall aim of the league is to find the ePremier League winner through several rounds, including online qualifications, live club playoffs, and a live ePL final. Entering the ePremier League, players will have already played one another in order to find the top 16 players from the Xbox and top 16 from PlayStation 4.

Every Premier League club will then be part of a live playoff round that will ultimately result in one competitor for the Xbox and PlayStation 4 advancing to the ePL final that is to be held at the end of March 2019.

Virtual football isn’t only used for gaming, it is also utilised for betting. Essentially, it is a next generation gambling game which allows those who want to place a bet to do so, even if real football matches are not available to bet on. This betting platform allows people to bet on the entire season of virtual football at any time. With excellent graphics and the ability to watch the highlights of the game back again, it has become an incredibly popular way for people to bet their money.

Without having to watch a 90-minute match and endure the anticipation as to whether you’re going to be making money or losing it, these matches that are over within just a few minutes are ideal. Like normal football, you can study statistics which develop as the season advances. Therefore, the bets that are made are from reasonable decisions, opposed to betting on a team through odds or luck.

As you can see, esports and virtual football have grown exponentially in popularity, which is likely due to their accessibility and unique blend of sport and gaming. The future should bring a lot of exciting advancements for virtual football, especially if the ePremier League takes off. Whether Chelsea will remain the only team in the news seeking an eSports advocate has yet to be seen, but 2019 could prove to be the year that physical and electronic sports collide in full.