Fans of the Blues have lots of merchandise to choose from, but a reasonably small portion of it is interactive. Videogames, mobile apps, and sports-themed casinos are very engaging and amusing for fans. Moreover, casino goers among Chelsea fans don’t even have to leave the house anymore to find slots – all slots are playable for free at a click of a mouse.

This list will help you find the best Sports-themed slots to check out. It doesn’t endorse real money gambling – all titles here can be played as idle games for free on PC or mobile, without need for registration or sharing personal information.

Where to find Sports-Themed Slots to Play

The iGaming has steadily grown in popularity since its introduction in the early 2000s. Its significant difference from traditional casino gambling lies in user-centric design. Online slot machines can afford to be more creative, offer higher win percentages, and be played for free without the need to throw any cash into them.

In 2020, hundreds of online casinos and slot library websites are offering games designed for specific interests. Since the market has grown, licensing has become the major trend in the past decade. This practice is about finding popular intellectual properties and turning them into casino games. It works for movies, TV shows, music bands, and only recently started making its way into Sports.

There are many licensed slot game options for players of all tastes, including football. A few years ago, Chelsea FC became the first Premier League club to have its themed slot machine. Let’s open our list with a brief overview of the title. 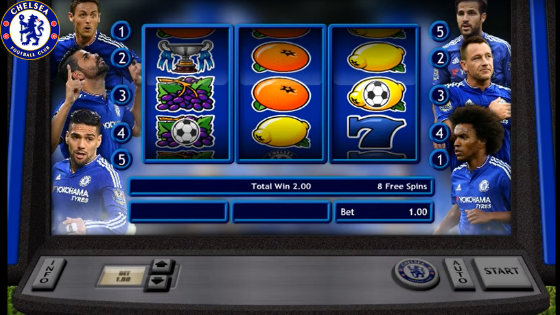 Developed by Realistic Games, this slot was featured here earlier last year. It’s a result of the earlier BetVictor sponsorship. This slot says a lot about the relationship between Football clubs and the betting/gambling industry. Regardless of the money and politics, the game didn’t do great on the market for various reasons, including exclusive availability on only their website.

It is a straightforward video slot with 3 reels and 5 pay lines. The cover features Terry, Costa, Falcao, and others. All symbols are simple fruit machine signs such as cherries and Lucky 7s, with League Championship cups and Chelsea logo triggering Bonuses. The logo gives up to 10 Free Spins and an x2 payout multiplier for wins.

Top payouts are at x250 the stake or free credits in case of Free Play. There isn’t much to be said about how well the Chelsea theme factors into the game. Unfortunately, there isn’t a custom mechanic or bonus that involves team play, attempts at scoring goals, etc. It is the kind of slot one would expect to play at a sports pub back in the day, suitable for a few quick spins between pints and that’s that. 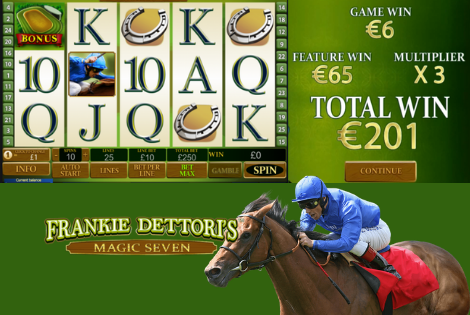 This Playtech slot is themed after the legendary jockey and is quite interesting comparing with other licensed slots. Unlike the Chelsea title, it goes above and beyond to honor Frankie.

The game itself was inspired by his legendary 1996 performance on British Champion’s Day. It’s got 5 reels counted across 25 pay lines, with Frankie himself being the Wild symbol increasing payouts up to 7777x. Symbols such as the horseshoe, signs, and various stills of jockeying solidify the racing theme – the Magic Seven itself refers to him riding all 7 winners during the Championship.

One special Scatter symbol triggers a Race mini game, where players get to pick a horse from the roster and win up to 35 Free Spins on a right bet. During this bonus, reels also upgrade and dish out extra rewards.

It is a solid free slot not bogged down by exclusivity – playable on hundreds of websites. 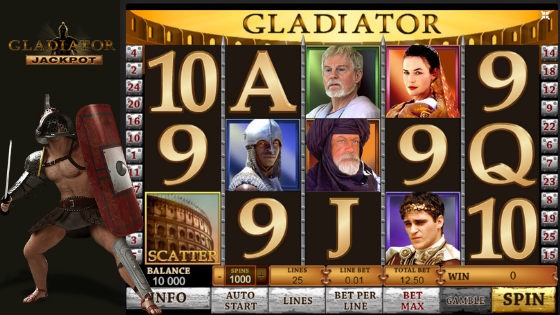 Football Gladiators is an unusual mix of Ancient Roman gladiators and Football play. It’s a unique game of Soccer inside the Colosseum. Players get to pick a legend such as Rio Ferdinand, Tony Kroos, and others – then bet and spin the reels with special Bonus features such as Chariot races, outright battles, and naturally football moves.

It’s available to play this slot for fun in all the same libraries with free online slot games to play for free. As with other games, no download and no registration is required. This title is more complicated than the typical fruit machine. It’s relatively new with a bunch of features such as free spins with bonus rounds. Players in the USA, UK, and other countries get no deposit real money bonuses at top sites for IGT and NetEnt slot games. 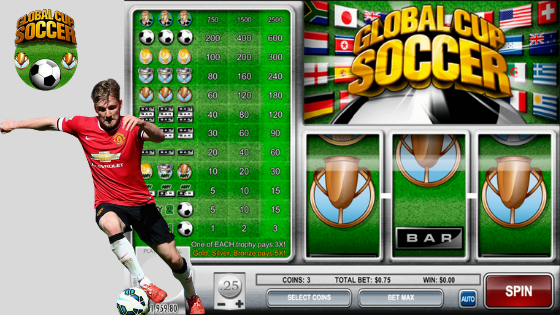 2018 FIFA world cup was huge enough to attract a record of over 3 billion viewers. It is no surprise that it also spawned a slot machine game to accompany it. It is another retro title, with a classic single pay line and 3 reels.

The game offers ways to win up to x2500 the stake with trophies counting as Scatter even if no other matches are made. It has a style that is fairly typical for Sports games, just a solid slot with few bells and whistles. That is what old-school players are used to. 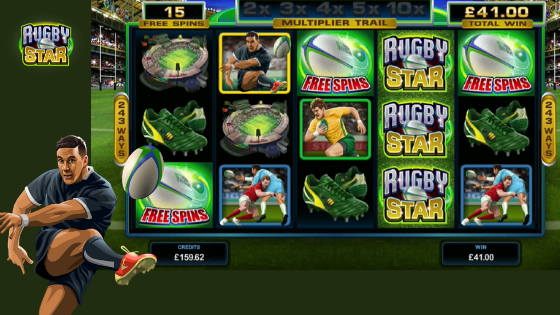 Going into another Sports genre again, Rugby Star is mechanically different from other slots mentioned in this article. It has a 5-reel setup with 243 ways to win, meaning almost any combination of symbols is going to count towards a win.

Rugby-themed imagery is appealing, if not a bit generic – since it’s not going after a particular event. Still, bonus features are enough reason to play around with this one – they’re well-animated and come up far more often than in other similar games. Rugby Star logos also transform entire reels into bonus symbols for big spins.

Here’s hoping this list was good for some fun reel spinning. Slot machine players among Chelsea fans deserve better gaming experiences overall – going into the 2020s, here’s wishing that this TOP list will become obsolete as superior games come into the spotlight.