Talk Chelsea
Home Videos David Luiz has been at fault for 64% of our conceded goals... 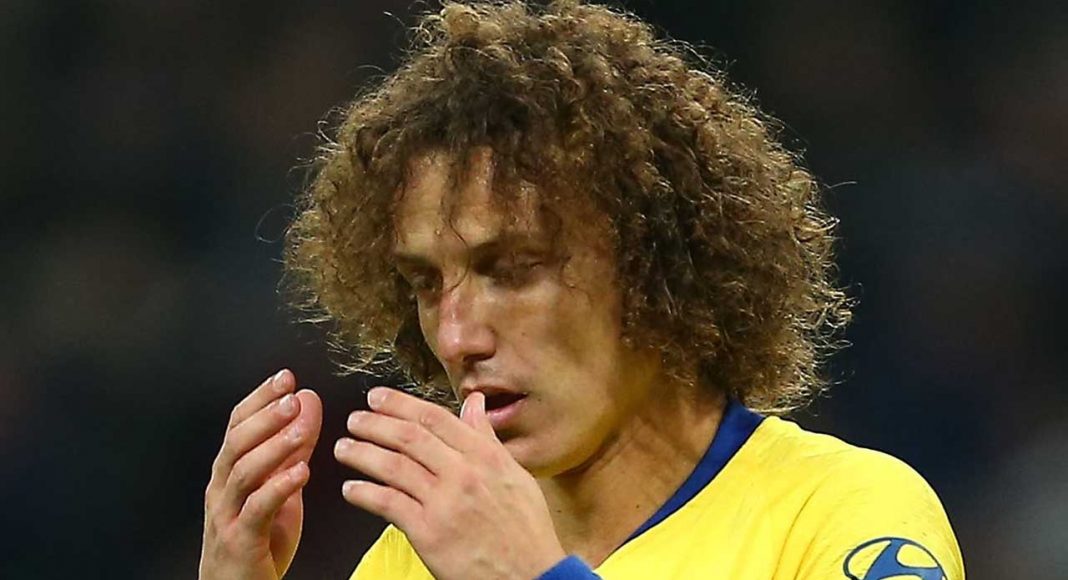 A Chelsea fan has created a compilation that defender David Luiz will not want to be watching.

Luiz has been an influential figure in a period of success for Chelsea since the turn of the decade, over two separate stints as a Blue. His place in our history books is cemented, even if he’s currently causing us a great deal of frustration.

His performance against Tottenham on Saturday was nothing short of pathetic. His defending was Sunday League standard and we suffered as a result of his shortfalls.

Unfortunately for Luiz, our loss to Spurs was not the first time that he’s been responsible for Chelsea leaking goals. It’s been a common theme throughout the season so far, and it hasn’t gone unnoticed.

Twitter user @carefree_tug shared the below compilation of errors Luiz has made this season which have directly leaded to a goal for the opposition.

Didn’t even want to do this. But David Luiz has been directly at fault for SEVEN of the 11 league goals we’ve conceded.

2) Announcing reupload because everyone keeps telling me the video has stopped working. pic.twitter.com/UmbvCWDT5L

We’re big fans of David and always have been, but Maurizio Sarri can no longer justify including him in his starting eleven. He’s too unreliable, and if we want to get back in the Champions League, we need a sturdier back-line.

Does Luiz need to be dropped, Blues? Let us know what you think in the comments!

The video in the article is down, here is the new one:

Luiz should have been replaced by Christensen. Alonso wasn’t in the game either! Most of the goals came from his area. Look at how Son rounded him up and Luiz added pepper to the whole affair!

He(Luiz) MUST sit and watch from the bench, he constantly keeps causing us. He scored us for Tottenham yesterday. Period!

Great observation. I would say he is maybe, but just maybe good as a back up player to a more reliable defender. He is losing it, or has he lost it? I would suggest someone like Rugani from Juve or similar. I know Chelsea are looking at a few centre… Read more »

Yes he has to be dropped, he plays too much and most of his challenges or tackles are very unnecessary.