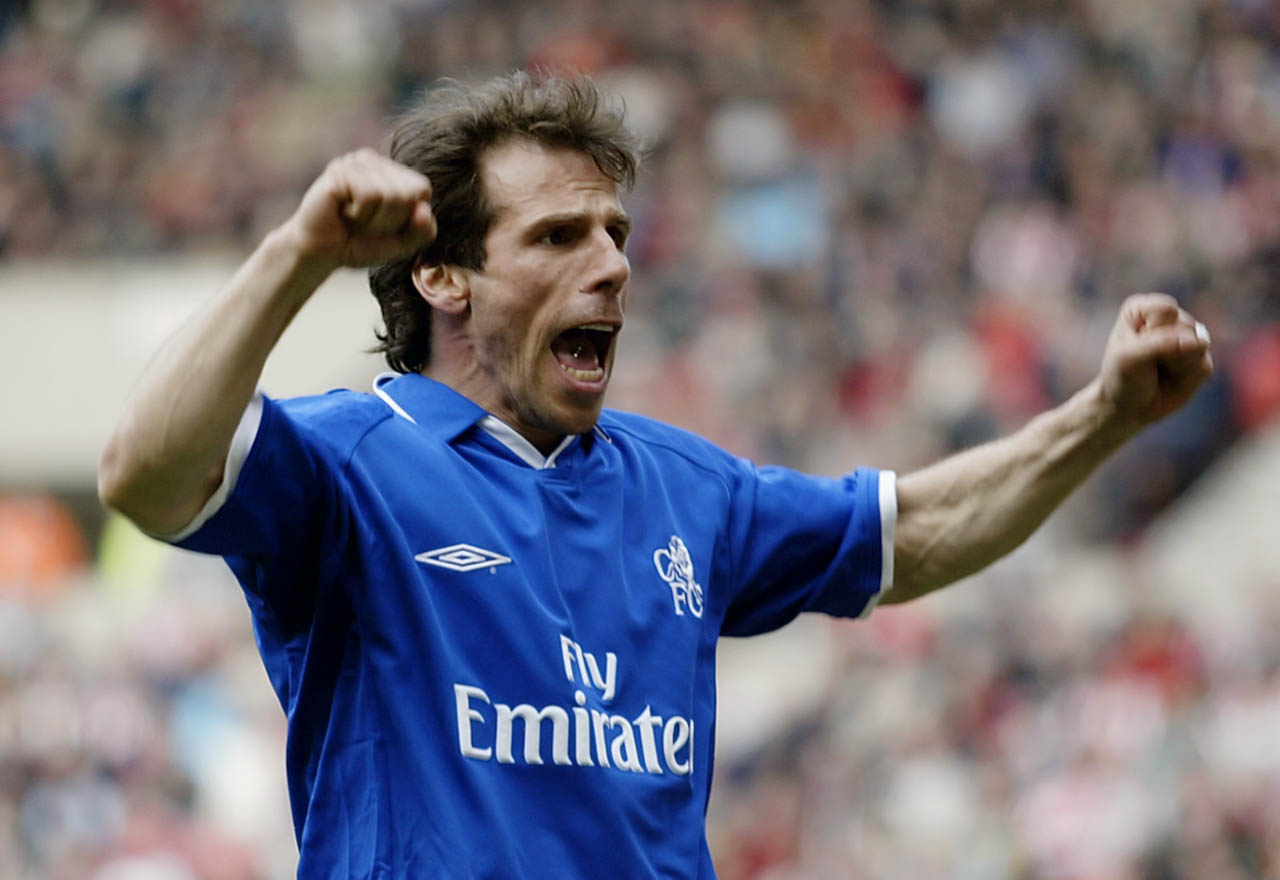 Long before Romain Abramovich’s millions arrived, Chelsea relied heavily upon the brilliance of the maestro Gianfranco Zola. The Italian might not have the number of trophies as some of the players who followed him at Stamford Bridge, but make no mistake, Zola is certainly one of the best players in Chelsea’s history.

As a player, Zola was plucked from Serie C to be Maradona’s apprentice at Napoli, winning trophies galore in Parma’s outrageously talented team of the mid-90s, and had a rousing effect on Chelsea as they began to establish themselves as a stylish and successful Premier League team.

The inventive Italian joined the London-based club from Parma in November, 1996. He was one of several Italian players signed by newly appointed player-manager Ruud Gullit.

At that time, media speculated that at 29, Zola might struggle to adapt to the more physically demanding English game. However, it didn’t take long for the right-footed forward to become a Premier League cult hero as he brought back excitement to West London.

He made his debut in a 1–1 draw against Blackburn Rovers at Ewood Park. In his debut season, he demonstrated his skill and talent, and enthralled the crowd with his creativity. In his first three games for the Blues, the Italian failed to find the back of the net, but the next five produced the equivalent of a goal apiece as he pulled his side out of a five-game winless run.

The eight league goals Zola scored in 1996-97 made a difference of nine points to Chelsea’s Premier League campaign, without which they would have finished eighth and closer on points to the relegation zone than the top of the table. As it was, they enjoyed a sixth-place finish, the club’s joint second-best since finishing 3rd in 1970.

Zola’s presence and goals also helped Chelsea to win their first piece of silverware in 26 years as they beat Middlesbrough 2-0 in a memorable FA cup final. He scored four goals en route to the final, including a 25-yard curling shot against Liverpool as Chelsea came from 0–2 behind to win 4–2, and a memorable goal of individual skill in the semi-final against Wimbledon, backheeling the ball and turning 180 degrees before slotting the ball into the net.

Despite not signing until November 1996 and making his debut in the Blues’ 13th game of the season, he finished the season just a goal shy of being Chelsea’s top scorer in all competitions and claimed the Football Writers’ Association Player of the Year. He is the only player in the 71-year history of the award to have won it having moved mid-season.

In the next season, Zola helped Chelsea win three more trophies, the League Cup, the Cup Winners’ Cup and the Super Cup. He scored the winning goal in the Cup Winners’ Cup final against Stuttgart in Stockholm. An injury denied him a place in the starting line-up, but he still played a key part in Chelsea’s victory, he came on as a second-half substitute and scored the winning goal after barely 30 seconds. It was the pinnacle of success for the Italian in his illustrious Chelsea career.

In the following three seasons, Zola only managed a single trophy in form of the 1999-2000 FA Cup. However, he continued to captivate football lovers with his majestic ball control, tactical ability and eye for goal. Due to his creativity and skill, Zola was given the nickname “Magic box” by the Stamford Bridge faithful.

The 2002–03 season was his final season in west-London. He scored 16 goals, his highest seasonal tally for Chelsea, and was voted the club’s player of the year, as he helped Chelsea qualify for the Champions League. In a total of 312 appearances for Chelsea, Stamford Bridge’s beloved “Magic Box” scored 80 goals. In the Premier League alone, Zola scored 59 goals in 229 appearances.

When Gianfranco Zola joined Chelsea, it certainly was not the Chelsea we know today. They had not won a major trophy since the 1971 Cup Winners’ Cup, after which they spent the better part of 20 years fighting intense relegation battles. He helped the club become firmly established as a solid top-six team by winning several coveted domestic and European cups. In early 2003, Zola was voted as the best ever Chelsea player by Chelsea’s fans and since his departure, no other player has worn his number 25 shirt.