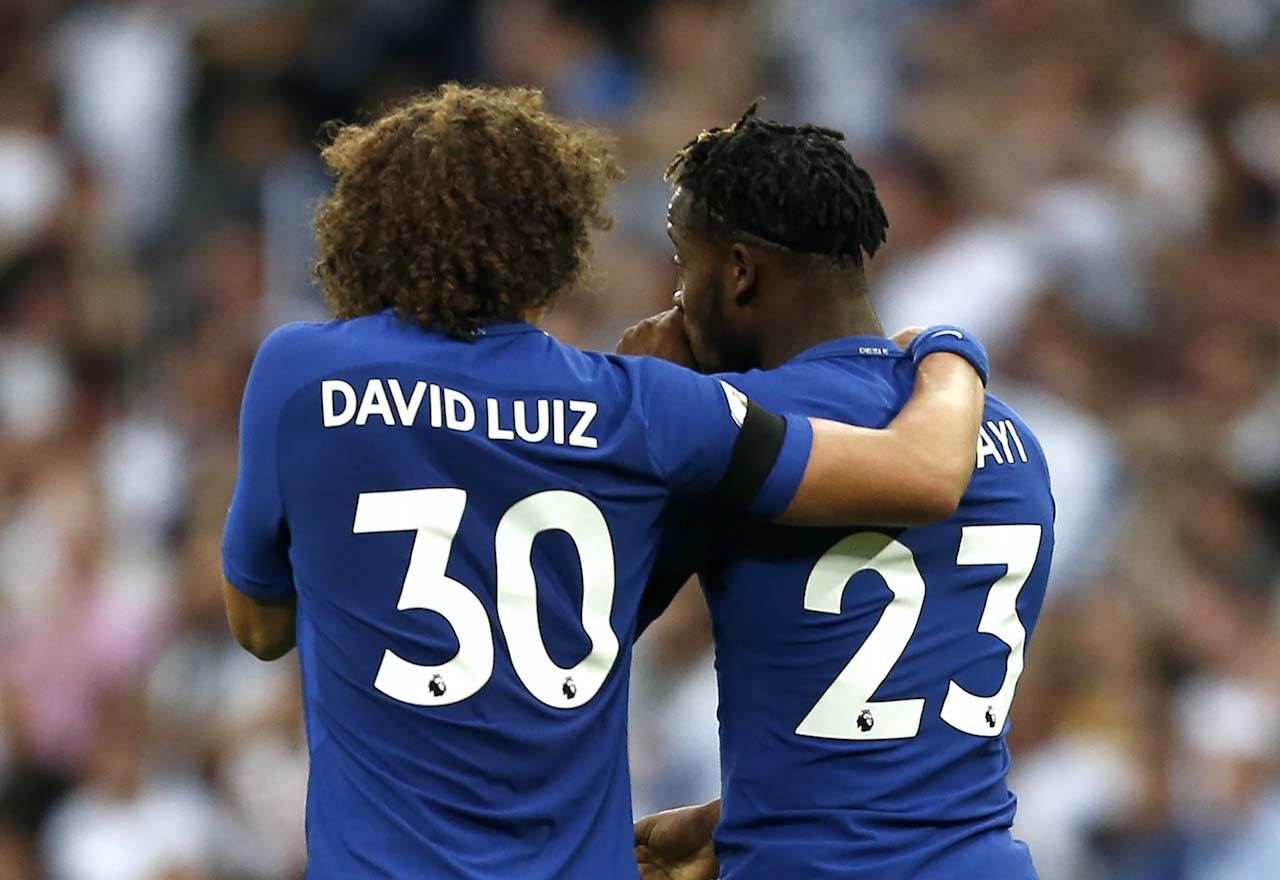 David Luiz has revealed that he was told to “run, run a lot” by Antonio Conte during Chelsea’s pre-match briefing in an interview with Sky Sports, reported in the Evening Standard.

Without the suspended Cesc Fabregas, David Luiz was drafted into midfield by Chelsea’s Italian coach who opted to play three central midfielders against Tottenham at Wembley.

After the London derby, David Luiz has revealed what instructions Antonio Cote gave the Brazilian defender as he prepared to play alongside N’Golo Kante and Tiemoue Bakayoko on Sunday.

When asked what the Chelsea manager had asked him to do order to suppress the threat of Tottenham’s attack, the Evening Standard report that the Brazilian told Sky Sports:

“Run! Run a lot! Not to cover the space of (Christian) Eriksen and Dele Alli.”

“They always play very well between the lines so I was there to close this gap and not leave any space for them to create so I was trying to do my best.”

As well as revealing Chelsea’s plan behind containing the Tottenham attack, Luiz reflected on the importance of the club’s win at Wembley in the wake of their opening day defeat to Burnley.

“Today was great, playing against a fantastic team with fantastic players. I think we did great and deserved the win,” Luiz revealed to Sky Sports, reported in the Evening Standard.”

“It was important to show that (character) after a defeat.”