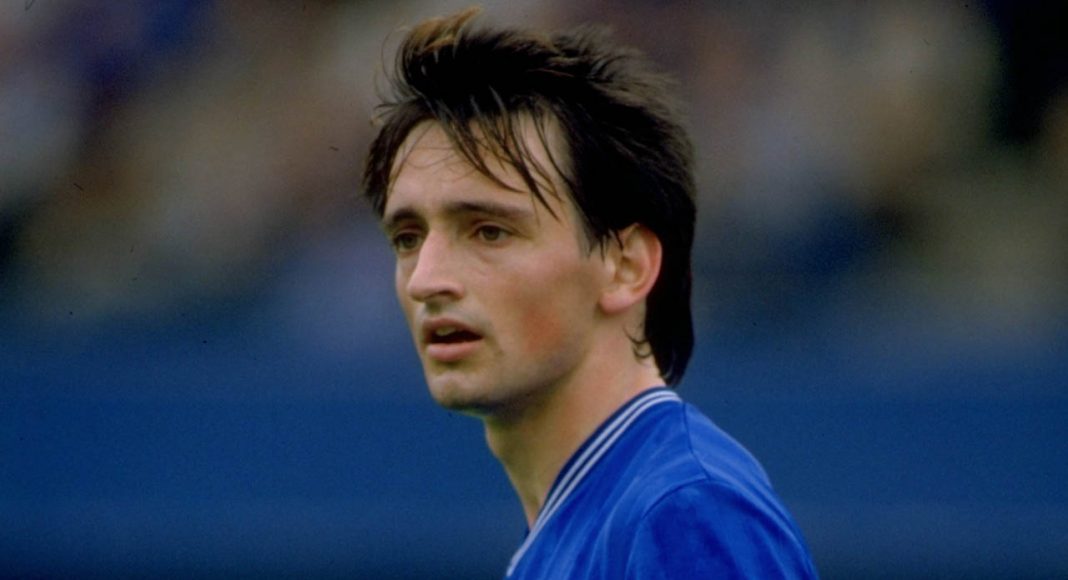 The former Scotland international, who won the Chelsea player of the year award twice in four years, or writer-cum-pundit, renown for his expert analysis and rare tactical understanding of the game?

Pat and I spoke at length about the beautiful game. From current affairs at Chelsea to the toughness of the Wembley turf – but that’s just chit-chat between two very good friends, I couldn’t possibly disclose any of that with you.

Luckily, I did get a chance to speak to Pat on the record, and I’m pleased to say that I’m able to share that exclusively with TalkChelsea’s readers.

Pat enjoyed a long and illustrious career full of great achievements and, I’m sure, many great memories. I asked the Chelsea legend if he could narrow it down to one, and the answer he gave was refreshingly humble:

“My favourite has nothing got to do with playing. My first season at Chelsea I was player of the year, and after one of the games I was quite pleased with myself having played well, walked out of the stadium, and an old guy came and walked with me. He said to me “do you know what, I came out to see you today”, he said “I enjoyed it, you entertained me”, and I went to chat to him, and he walked away. That’s my highlight, now that’s weird isn’t it? The reason why it’s my highlight is because it reminded me that we never meet all the fans, and you do things that sometimes make people happy and make fans happy. The time, the effort the money, be it a fan who’s there every week, be it a fan who visits from a far, be it a fan who comes once a year, it’s not important. What’s important is that you can give something back, and it changed me, and it made me somebody who always recognised every time I played I had to give everything for the fans.”

That’s one hell of a quote. I could have cut it down, I could have edited parts out – but I didn’t. Pat’s message is so important, and it’s something that every modern day footballer could learn from. He appreciates the effort fans put in to support their teams. He recognises that as a player you have a responsibility to the fans. Players like that are few and far between nowadays, which is a great shame.

After giving him a moment to catch his breath after his favourite memory monologue, we switched to current events. It doesn’t take Pat Nevin to recognise that Chelsea’s squad is thin, but it was he who highlighted the areas which we should look to build on before the end of the transfer window.

It’s hard to argue with him there. Despite the return of Andreas Christensen, and despite the performances he put in during his two-year stint at Borussia Monchengladbach, Antonio Conte has thus far shown no intentions to use him. Nevin suggested that we sign Southampton’s Virgil Van Dijk, and that could well be a shrewd move. He would increase the number of centre-backs Conte has at his disposal, as well as directly improving our title-winning back-line.

Nevin added that one new arrival will not be enough, though, and Chelsea need to ensure further reinforcements arrive in order to be competitive this year.

“With Matic going and Bakayoko not being fit, I still feel we need some more legs in there. Maybe a cover striker if Diego Costa goes as well. You could probably get away with two, but I think three are still needed.”

Nevin found the back of the net 36 times in his Chelsea career. He was not, as modern wingers are expected to be, a prolific goal-scorer. However, his creative mind and mazy dribbling skills made him a nightmare for opposing defenders.

I asked him to compare himself to a player currently playing, and that’s where the humble and modest Pat Nevin disappeared, as he claimed that Manchester City magician David Silva had plagarised his playing style (only joking).

“There’s only one player playing now who reminds me of myself and that’s David Silva, that was my style. He’s better obviously, clearly, I need to say that very quickly!”

All that’s left to say is – what a pleasure. Nevin could talk for hours and hours about the ins and the outs, he lives and breathes football. Thank you to McDonald’s for giving us the opportunity to interview him, and, of course, thank you Pat Nevin.