Talk Chelsea
Home Interviews “I had the GPS on and they’ve never seen numbers like that!”... 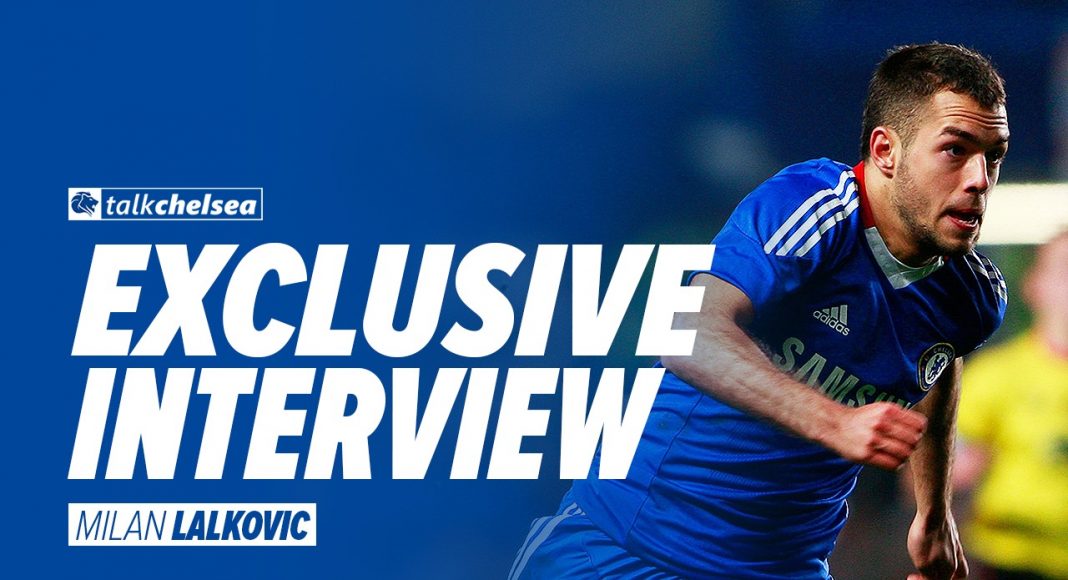 With there being no football being played right now with the world fighting the global Coronavirus pandemic, and players with extra time on their hands, we took this opportunity to speak to former Chelsea Academy player Milan Lalkovic.

Chelsea scouted and signed Lalkovic in 2007 from his home town club MFK Kosice in Slovakia, and he immediately joined the highly rated Blues academy setup.

He trained with the likes of Frank Lampard and John Terry, and has some very fond memories of his time at the club.

Lalkovic is a rapid and direct winger and also has a decent eye for goal. He soon joined the Chelsea loan army making moves to Doncaster, Den Haag in Holland, Vitoria de Guimaraes in Portugal, then back to Walsall in the UK.

Since being released from his contract at Chelsea in 2014, he has endured various spells around the world including good stints at Walsall again as a permanent player, Barnsely, and Portsmouth.

He has struggled a bit with injuries and is now plying his trade in the Czech Republic as a 27-year old. But as he explains below, he wishes to return to the UK once again very soon.

1. What are your memories of being in the Chelsea academy, and are is there anything you or the club could have done different to help you make it at Chelsea?

“My memories being at Chelsea are always great, all of them. It massively changed my life really, you know, coming from Slovakia and stuff. Fantastic facilities, around fantastic players at that age. Coaching was world class, we always had food and everything prepared for us so we just concentrated on football.

To be honest there’s not much we could have done together for me to make it, because we have so many star players in front of you at that time. The best thing was to go on loan anyway at that age when the reserves was not enough anymore. You know, sometimes you just need a bit of luck as well you know, if there’s a few injuries. You don’t want people to get injured you know but sometimes that’s how you get a chance. And in my case that was not happening at that time and you just chose to go on loan and it didn’t really workout for whatever reason, so then and obviously you move down the ladder and the next one is there so its not really a time for mistakes”

2. What are your Memories of being in the same club as the likes of John Terry and Frank Lampard? Did you interact with many of the senior players?

“My memories of them is just good, obviously they are world class players that work so hard in training as well.

When they called you over to train it was just joy, with the Spanish, Brazilians, it was just joy every day you know, smile on their faces it was just really enjoyable and exciting to go train with them and stuff.”

3. What do you think of how Lampard has done this season and who has been your top Chelsea performers so far?

“Yeah as a big fan, so I think they are doing fantastically well. So many younger players getting there chance and doing well making there mark so hopefully that continues and when the season finishes they finish in the top four, which I believe they can.

“I’m not surprised because you can see they’re all good players its just whether they click for him and they actually did so fair play.”

4. Who do you think Chelsea will sign in the summer and who would you like to see come in?

“It’s really hard to say who they’re gonna sign because of the virus situation, I don’t think anyone knows what the situation will be money wise and stuff but I think there will be some players coming and leaving.

“Obviously they bought Hakim Ziyech from Ajax, he’s fantastic so that adds competition. It depends who leaves as to what position becomes available so obviously you need to fill up the gaps so there’s plenty of talent around that would be crazy to not want to come to Chelsea.”

5. What is your greatest memory from your time at Chelsea?

“I think the greatest memory obviously has to be winning the Youth Cup, winning the reserve league, with my team mates and the Arsenal game when I scored two goals it was a very memorable game. It was crazy, I think that game I had the GPS on and they’ve never seen numbers like that, I ran the whole game, I had to have like a week off after that game, I did my hamstring! Literally just trained one day that week, day before the Arsenal reserve game and then I scored again and we drew 2-2 against Arsenal reserves.

“But yeah it was crazy, barely had a week off after that game. The numbers that game that I ran, for a striker were mad and um, I saw Ade Viveash (Youth team manager) talking about that later and he said they never seen anything like it.”

6. What are you up to now, and are you enjoying your football and what career aspirations do you have?

“I’m playing in Czech Republic at the moment, obviously last year I had some injuries and couldn’t really play much so, it was just one of them but I’m enjoying my football and hopefully I am injury free for the rest of the season if we start playing again.

“If you’re injured you can’t really do much about it, but we’ll see obviously I want to come back to England at some point, but its all in my hands.”

Previous articleOne To Watch Series Two – Ian Maatsen, the second coming of Ashley Cole
Next articleGambling on Chelsea’s top 4 chances could be profitable