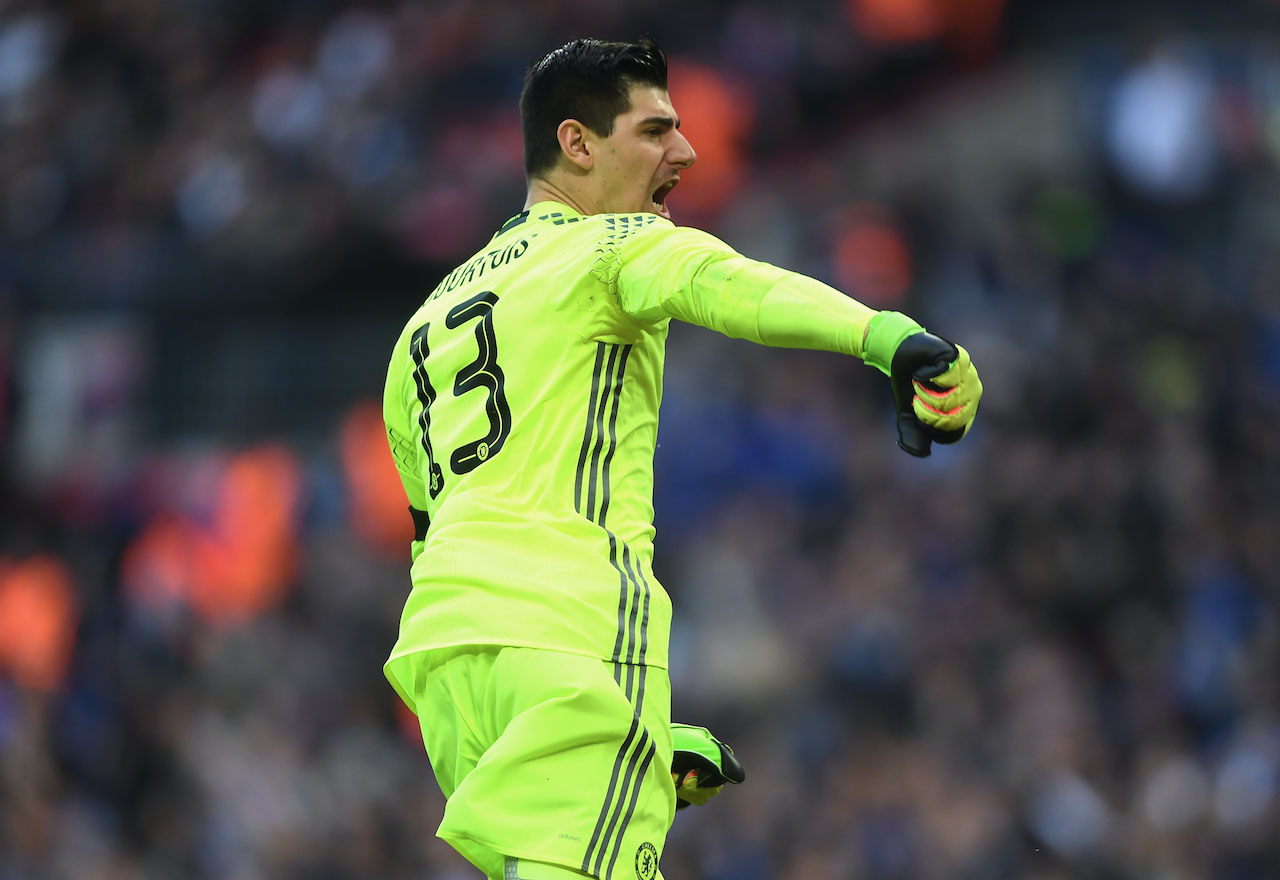 Since returning from Atlético Madrid in 2014 and establishing himself as Chelsea’s number one goalkeeper, Thibaut Courtois has been in fine form for the Blues, winning two Premier League trophies in three seasons. However, despite proving himself as one of the best in the world between the sticks, the 25-year-old is still striving to improve his game.

Fresh from Chelsea’s pre-season tour of the Far East, the Blues goalkeeper has spoken to the official Chelsea FC website about his preparations and his team’s performances against tough opposition this summer;

“I’ve been working hard in training all week, so for me personally it was good and I feel I’m ready for the season.”, explained Courtois who faced Arsenal, Bayern Munich, and Inter Milan in Asia.

As well as talking about his own preparations, the Blues stopper spoke about the games against Europe’s top team, revealing some of the problems that the Chelsea defence had encountered during their matches in the Far East, as the Chelsea website report:

“We didn’t start the second half well [against Inter Milan], I made a good save and as we were pushing for a goal they hit us on the counter attack. It was a bit like the Bayern game, with us conceding goals on the break so we need to work on that,” admitted the two-time Premier League champion.

Chelsea will take on Arsenal in their first competitive match of the new season when the two teams meet at Wembley to compete for the Community Shield. After making a string of new signings this season, Antonio Conte will be hoping make a statement of intent against Chelsea’s London rivals.

Finally, in his interview with Chelsea FC, the 25-year-old chatted about the fitness of his new teammates such as Antonio Rudiger who joined from Roma this summer.

“Some players like Antonio Rudiger only joined recently and he was away at the Confederations Cup with Germany. I don’t think he lost a lot of fitness but he might need a little bit more work, we will all be ready for the season though,” the Belgian revealed.

With just under two weeks to go until Chelsea take on Burnley at home in their first Premier League game of the season, Courtois will undoubtedly be hoping that Chelsea’s pre-season tour of Asia will have served them well for the challenge ahead.

With CFC’s 3-4-3 system their wing-backs must be prepared to not only assist in attack from the sidelines, (and/or cut inside) they must also be prepared to aid in defence … especially against teams using two strikers. I am aware this is not rocket science, however, they must be very… Read more »

With a 3-4-3 system CFC’s wing-backs must be prepared to not only assist in attack from the sidelines and/or cut inside, they must also be prepared to aid in defence on the counter … especially against teams using two strikers ! … Not rocket science but Conte requires at least… Read more »

Chelsea really need to work on there defence, mind you everybody will like to beat them. so, be warn.Goodluck.