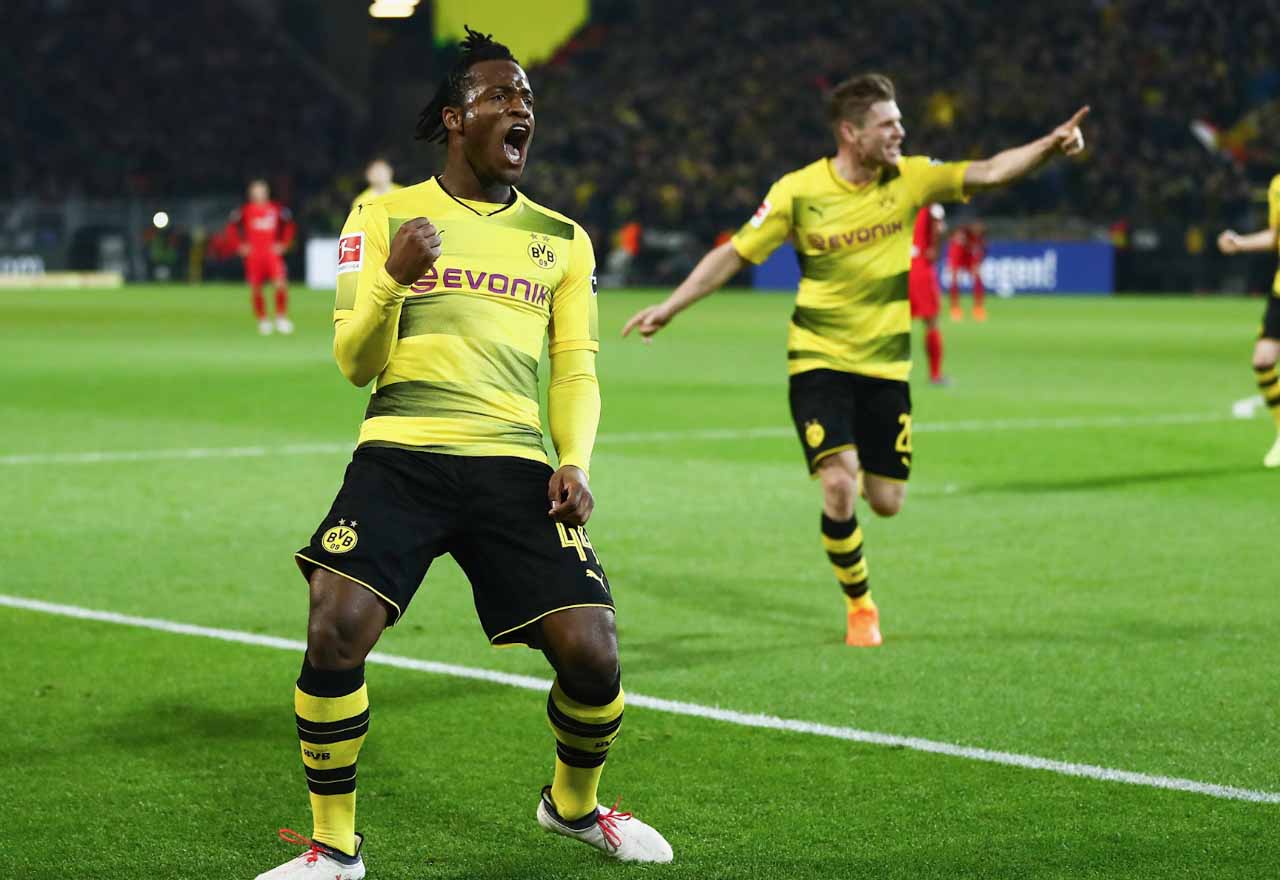 Chelsea have named their price for in-form out-on-loan striker Michy Batshuayi, according to Bild.

Time and time again, Batshuayi showcased his goal-scoring credentials during his time as a Chelsea player. However, he did not ever have the full faith of Antonio Conte, who continually opted to field Diego Costa, Alvaro Morata, or even a ‘false 9’, ahead of the Belgian. Michy Batshuayi scored twice on his final Chelsea appearance of the season vs. Newcastle United.

Batshuayi fired home ten goals in 24 appearances in all competitions for Chelsea up until the end of January, but that wasn’t enough to convince Conte to hang on to him. Instead he was shipped out on loan to Borussia Dortmund, making room for the arrival of Olivier Giroud from Arsenal.

He has gone on to bag seven goals in just nine appearances for Dortmund thus far, with five of those coming in six Bundesliga appearances. He has been provided with a platform to succeed – and he’s taking full advantage.

Following the departure of Pierre-Emerick Aubameyang to Arsenal in January, Dortmund may well explore the possibility of signing Batshuayi on a permanent basis. Should they, they’ll have to break the bank to have any chance of securing his signature. German publication Bild report that it’d take an offer in the region of €60M (£53M) to convince Chelsea to part with Batshuayi. We’re having striker troubles of our own, and we may be able to solve them without spending a penny.

A transfer fee of that magnitude would be fantastic if Conte were able to invest it back into the squad, but is there a better striker available for that price of Batshuayi’s quality? With the inflated nature of the modern transfer market, we may be better off keeping hold of him.