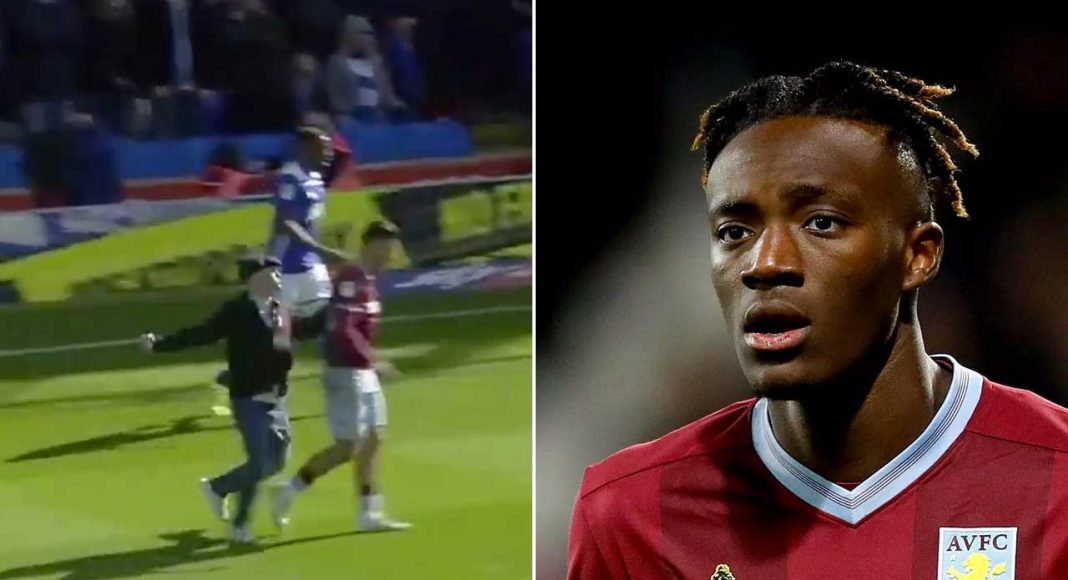 Aston Villa’s Jack Grealish, teammate of Chelsea loanee Tammy Abraham, has been punched in the face by a Birmingham City fan – ON THE FIELD!

A fan has run onto the field and attacked Jack Grealish from behind. pic.twitter.com/G0ycBp36N3

The fan in question looked to be proud of himself as he left the field, but the grin will be wiped off his face when he’s put behind bars for assaulting someone on live television.

Our Tammy was on the field at the time of the incident. He’s fortunate that the Birmingham faithful don’t see the 21-goal striker as a threat in need of eliminating.

Abraham was one of the first players to rush to the defence of Grealish, tackling the pitch invader and assisting the steward in getting him under control. Abraham has been in fine form for Aston Villa this season and will now likely be further motivated to add to his already impressive goal haul this afternoon.

You have to credit Grealish for the manner in which he dealt with the incident. The Sun actually reported last summer that we were interested in signing the 23-year-old.

The level of professionalism he has shown today is as commendable as his footballing ability. If he remains a target for us, we wouldn’t be opposed to signing him.