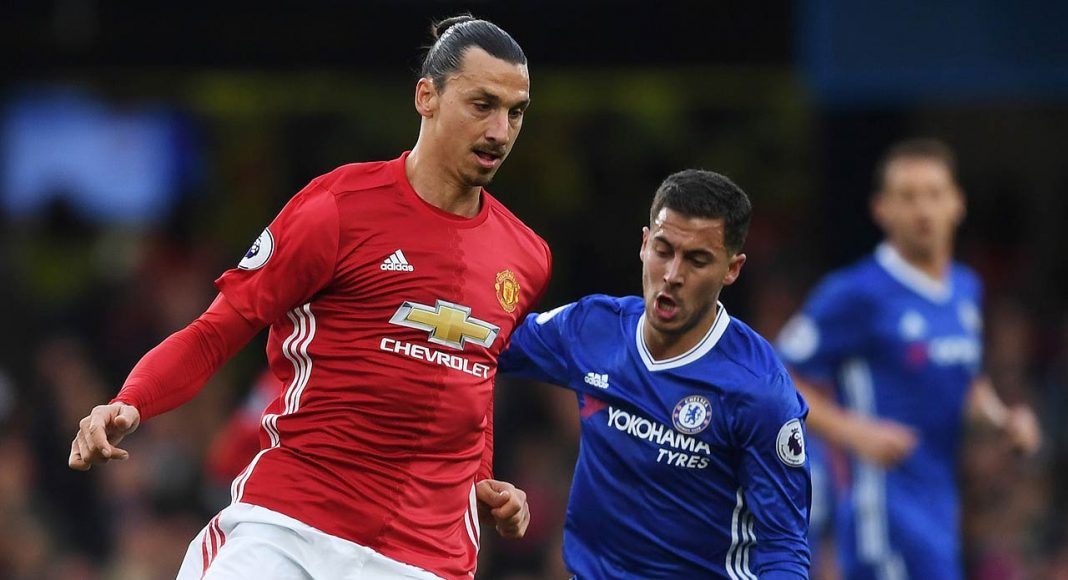 Humiliating. That’s the word José Mourinho used to describe the result the last time he visited Stamford Bridge, back in October, when Antonio Conte’s Chelsea routed his Manchester United side four goals to nil.

Although the scoreline was discomforting for Mourinho, it became clear that his ire was less with the performance of his team, and more with Conte’s buoyant celebrations. The United manager felt that his counterpart was perhaps rubbing salt into his wounds, in a stadium where he felt he still carried some weight.

In spite of this, ahead of Monday night’s game, an FA Cup quarter-final, Conte spoke of how he wasn’t giving Mourinho any special treatment, when he said:

“I think that I showed in my period in Chelsea, and not only in Chelsea, in every team I managed, that I lead the game with great passion and sometimes I want to share my enthusiasm and my passion with my players and my staff and the fans.”

Conte also made clear to emphasise that Mourinho’s infamous “mind games” would not have an effect of him, saying:

“The mind games don’t bring you to win on the pitch.”

“We must talk during the game on the pitch and I repeat I want to be focused on the game.”

In the time since United last faced Chelsea back in October, Mourinho’s side have gone on a 17-game unbeaten run in the league and have lost just twice in all competitions, and much like Conte’s side, their run to the FA Cup quarter-finals has been a somewhat comfortable one.

Both teams only having been forced to face lower league opposition up until now, with United having faced Reading, Wigan and Blackburn, whilst Chelsea breezed past Peterborough, Brentford and Wolves.

An interesting side story to this game is that it could be John Terry’s last ever FA Cup match at Stamford Bridge with Chelsea. The 36-year-old’s contract is set to expire at the end of the season, and if reports are to be believed, the club captain will not be offered a renewal, but the board are hoping to keep him on in a coaching role.

Having been at Chelsea since 1998, and captain since 2004, it would seem strange to many to see him in the shirt of another team, apart from England or Chelsea, but that’s exactly what we could be witnessing come next season.

According to reports, Terry received offers from Stoke, West Brom and Bournemouth during the January transfer window, but he chose to finish the season at Chelsea and make a decision in the summer. With offers likely to come in from China and the US too, it’s likely that Terry will continue to play outside of Chelsea.

Terry has won the FA Cup five times during his Chelsea career and will be hoping for the perfect send-off by sealing the league and cup double in, what is expected to be, his final season at the club.

Speaking on the matter, Conte said that he hoped that it wouldn’t be Terry’s last FA Cup tie in a Chelsea shirt, saying:

“I hope [it won’t be his last cup game for Chelsea] no… I don’t know about this. I prefer every situation – my situation, my players’ situation – to face this type of situation at the end of the season when it’ll be the right time for everyone.”

“John is doing great work this season, on and off the pitch and, for me, he’s very important in this season because he’s the captain and, I repeat, he’s working very well on the pitch and helping me a lot in the changing room. Transferring the right message. For sure, he’s an important player for us.”

Unlike in the league, where he has rarely featured, Terry has been a staple in the cup competitions for Conte this season, playing in five of the six games in both the FA Cup and EFL Cup. With this in mind, it’s likely that we will see him start, but Conte offered no such promises, as he kept his cards close to his chest, saying:

“I have to decide the starting XI. For sure, I try to make the best decision for the team.”

“We want to go into the next round, the same way Manchester United do, so I’ll try and make the best decision for the team. It’s normal.”

Along with Terry, some of Chelsea’s younger prospects have found valuable minutes in the cup competitions under Conte this season and will be hoping to be given a vote of confidence by their manager on Monday.

The likes of Ola Aina, Nathaniel Chalobah and Ruben Loftus-Cheek have enjoyed opportunities in the FA Cup up until now, but may not see many more as Chelsea look to progress to the business end of the competition.

Chelsea have won 15 of their 16 home games in all competitions this season and are clear favourites to win the match. The latest FA cup betting odds with Bet365 show Chelsea trading at 10/11 for the win. Man Utd are at 7/2 to progress to the next round while the draw is 13/5.

Chelsea host Manchester United on Monday night at 19:45 GMT and the match will be shown live on BBC One from 19:30 GMT.

Conte should start Courtious ahead of Begovic. No room for excuses.

Previous articleAntonio Conte Reiterates the Importance of John Terry Ahead of FA Cup Clash with Manchester United
Next articleCould Kante’s old team win the Champions League without him?