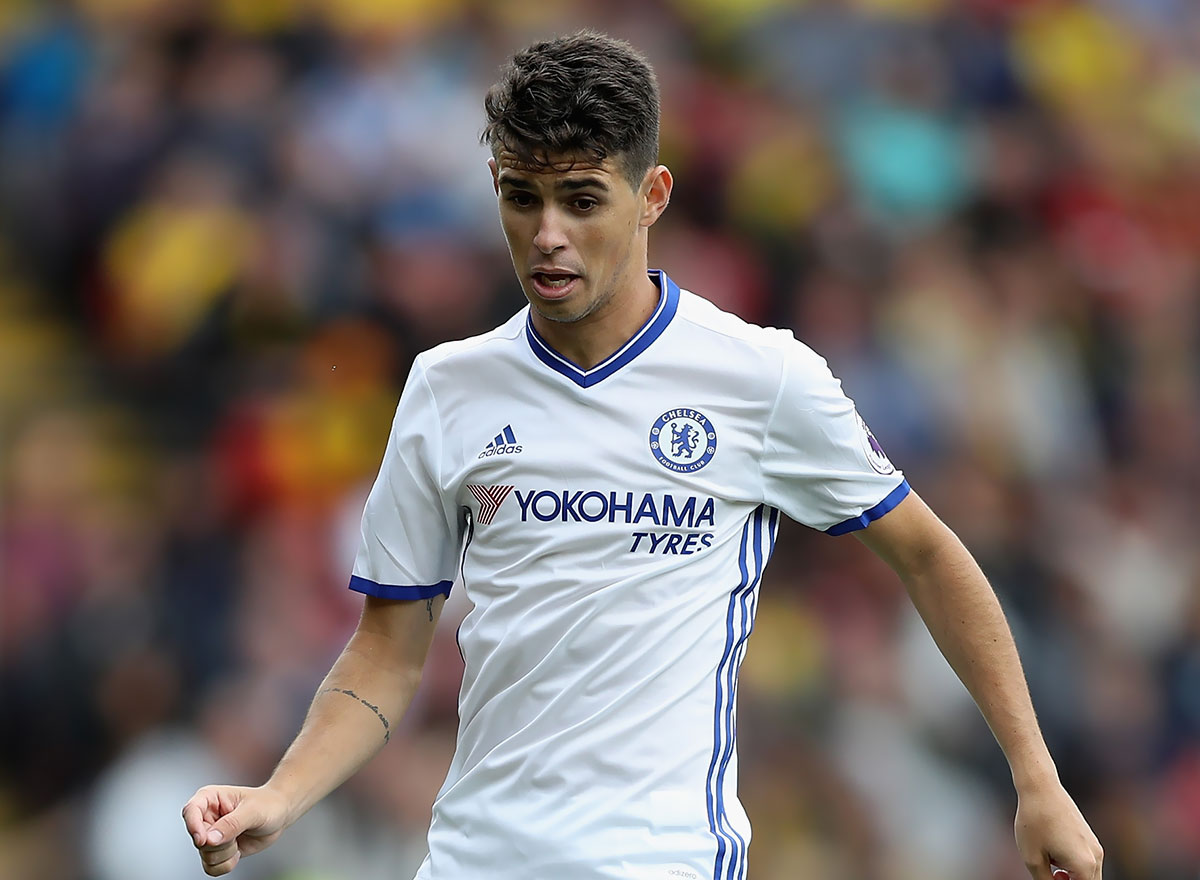 Oscar scored the first treble of his professional career to help Chelsea through to the fifth round of the FA Cup, at the expense of Championship side MK Dons.

The Brazilian scored a hat-trick inside twenty-nine first-half minutes to give the Blues a healthy advantage heading into the interval, whilst Eden Hazard and Bertrand Traore scored to round off an emphatic win which sees the Londoners extend their unbeaten run to nine games under interim manager Guus Hiddink.

Naming a strong line-up, Hiddink, who won this competition in his first spell in charge, looked to be paying a lot of respect to Chelsea’s second division opposition, but the gulf in class between the two teams, in both a physical and mental sense, was plain for all to see.

And in front of a record crowd at Stadium MK, Chelsea ensured there would be no repeat of their embarrassing capitulation at the hands of Bradford at this stage last term.

Oscar might have already scored twice before he finally broke the deadlock on the quarter-hour mark, sliding home Diego Costa’s cross to give the Blues the advantage.

Costa himself had been spectacularly denied by Dons goalkeeper David Martin, and showed good anticipation to latch onto a loose pass to tee up Oscar.

If there had been an air of fortune about the way Chelsea had seized the lead, then that was reciprocated in kind as the home side restored parity. Darren Potter’s shot would have been of little concern for Thibaut Courtois, but an enormous deflection off of the leg of Nemanja Matic saw the ball loop into the top corner.

Chelsea had only led for six minutes – and the hosts were level for only eleven.

After the stretching Costa had inadvertently directed a Baba Rahman cross away from the better-positioned Oscar, the Brazilian showed no such profligacy as he smashed an angled drive past Martin following an intelligent Ruben Loftus-Cheek pass.

And he completed his treble in spectacular fashion: bending the ball into the side netting from twenty yards after a mazy dribble from the wing. It was the first hat-trick of the Brazilian’s professional career, and it was a strike that, in giving the Blues a two-goal advantage, looked to have booked their place in round five.

That position in the draw for the next round was rubber-stamped as Hazard, upended inside the penalty area, ended a 30-game goalless streak as he consummately rolled the ball beyond the despairing dive of the goalkeeper from the spot.

The Belgian, whose last goal had won Chelsea the Premier League title almost nine months ago, thanked the fans for their unswerving support, and kissed the badge for good measure.

And things went from good to better as Traore, on a day of milestones, rolled the ball into the corner from another incisive cut-back – this time supplied by Hazard – for his first goal for the club.

Cesc Fabregas almost beat Martin with a cute near post flick, but the goalkeeper was alive to the danger and blocked, and Traore turned a presentable chance just wide of the target as the Blues recorded – by far – their biggest scoreline and best result of the season so far.