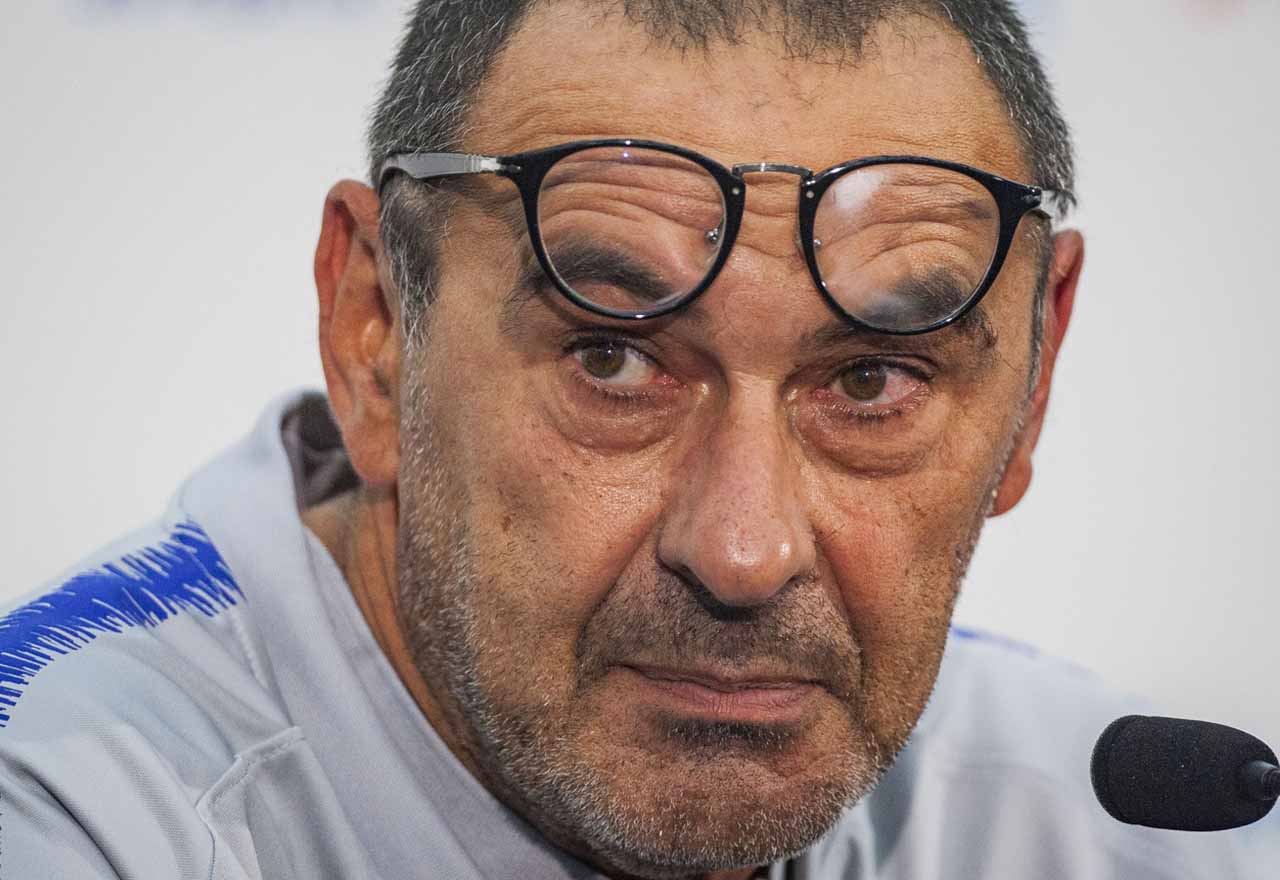 Chelsea fans have turned on Maurizio Sarri after seeing the starting eleven he has named to face Watford at Vicarage Road this evening.

Sarri was renown at Napoli for his stubbornness. He would opt against making personnel changes in order to plug holes in his team, instead he would attempt to further his players’ understanding of their roles in his system.

He appears to be attempting to do the same at Chelsea, with Sarri naming the exact same starting eleven that suffered a 1-0 defeat to Leicester City at Stamford Bridge at the weekend. On paper, it looks to be a questionable decision.

Chelsea fans aren’t happy, to say the least. In fact, many appear to have lost faith in him, which doesn’t bode well for his chances of succeeding here, even if we still believe that he’s the right man for the job.

Here’s how Chelsea fans have taken to Twitter to vent their anger.

I really don’t care about this season anymore. Hope Sarri fucks off too.

Excluding Loftus-Cheek altogether today is Sarri’s worst decision yet at Chelsea. For Fàbregas & Barkley? I mean cmon, what the hell are you doing?

It’s been only 6 months but Sarri is heading down the same route as Scolari, AVB, Di Matteo…fast!

That XI has me moving like this ffs, haven’t seen a big club manager with worse talent ID than Sarri pic.twitter.com/xLLaHUesL8

I’m I the only one who doesn’t believe in this Sarri “project”. The man keeps playing under performers week in week out.

This Sarri will be sacked soon just like Antonio Conte… He has refused to listen and learn….

This chain smoking maniac Sarri has once again fielded Willian in the starting XI and is marginalising our best player by playing him up top…. do you Maurizio. You’re only fooling yourself

I have come into conclusion that a nonchalant attitude should be cut off, sarri is not the man we need how long will you keep playing willian when stars are on the bench.