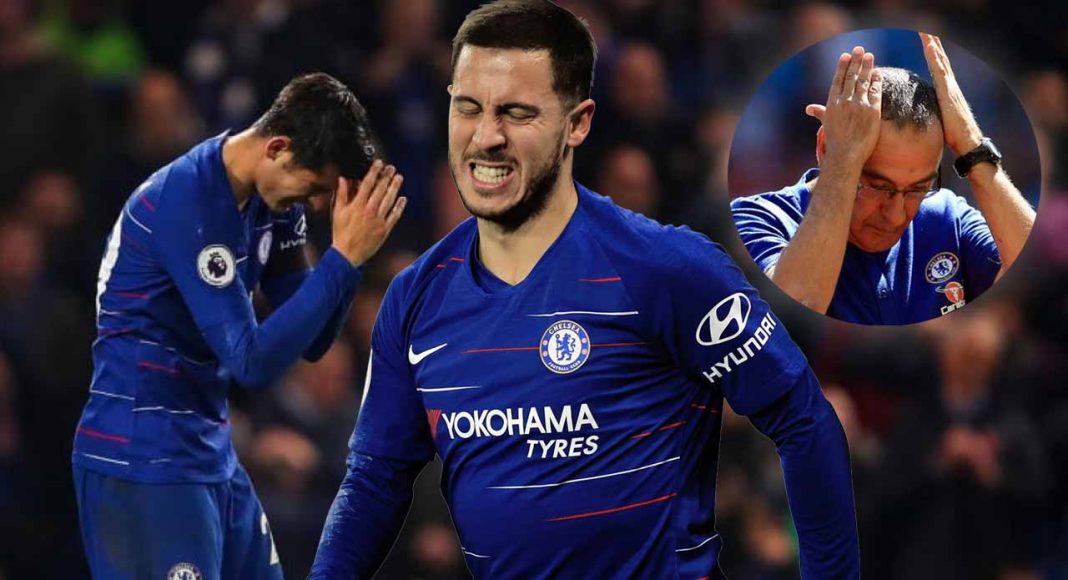 Chelsea host Bournemouth at Stamford Bridge this evening, and Maurizio Sarri has three players unavailable for the game.

The Carabao Cup may not be everyone’s cup of tea, but it is our most realistic chance at winning some silverware this season. Sarri has never won a trophy in his managerial career, let’s get him this one.

We’re at the quarter-final stage now and know that two of the four semi-finalists are Manchester City and Burton, who both won last night. You can decide for yourself who you’d rather have out of those two…

We shouldn’t get ahead of ourselves, though, Bournemouth have been brilliant this season, and two key players will be unavailable for Sarri’s selection.

Physio Room report that both Alvaro Morata and Eden Hazard will miss out with respective injury problems, while Victor Moses remains sidelined with a back injury.

We fancy the Blues to get the job done regardless. Make sure you follow our coverage of tonight’s game on Twitter @TalkChelsea.

no problem Pedro will score 🙂