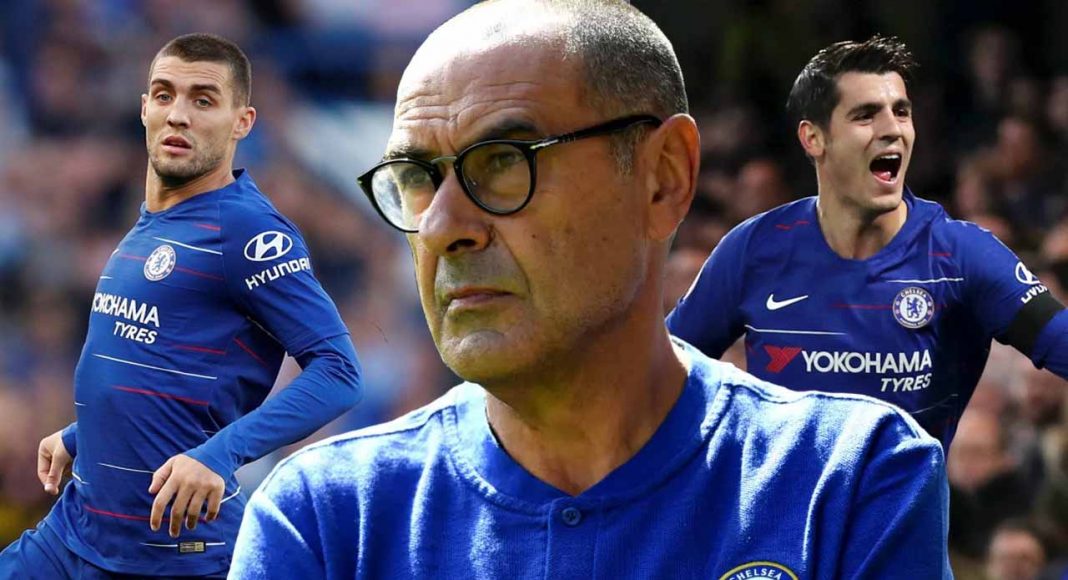 Maurizio Sarri has four injury problems to contend with ahead of Chelsea’s clash with Brighton today, with two of them being carried by first-team regulars.

The task for Chelsea is simple. We need to win in order to ensure that our victory over Manchester City is not wasted, and to prevent Tottenham and Arsenal pulling away from us.

We fancy us to secure all three points today regardless of the players selected to feature, but it’s difficult to predict who Sarri will field at the spearhead of our attack.

Physio Room list that Alvaro Morata is a ‘major doubt’ for the game, having suffered a knee injury against MOL Vidi midweek. Olivier Giroud scored in that fixture, but Eden Hazard impressed as a false 9 against City. We’ll have to wait and see.

It’s also noted that Mateo Kovacic faces a late fitness test before his availability is determined. We could see Ruben Loftus-Cheek get a much deserved opportunity to impress.

Physio Room report that both Gary Cahill and Victor Moses are likely to be unavailable for selection, but it’s unlikely that either will have been involved in this one regardless.

Make sure you follow our coverage of today’s game both on our site and on Twitter @TalkChelsea.