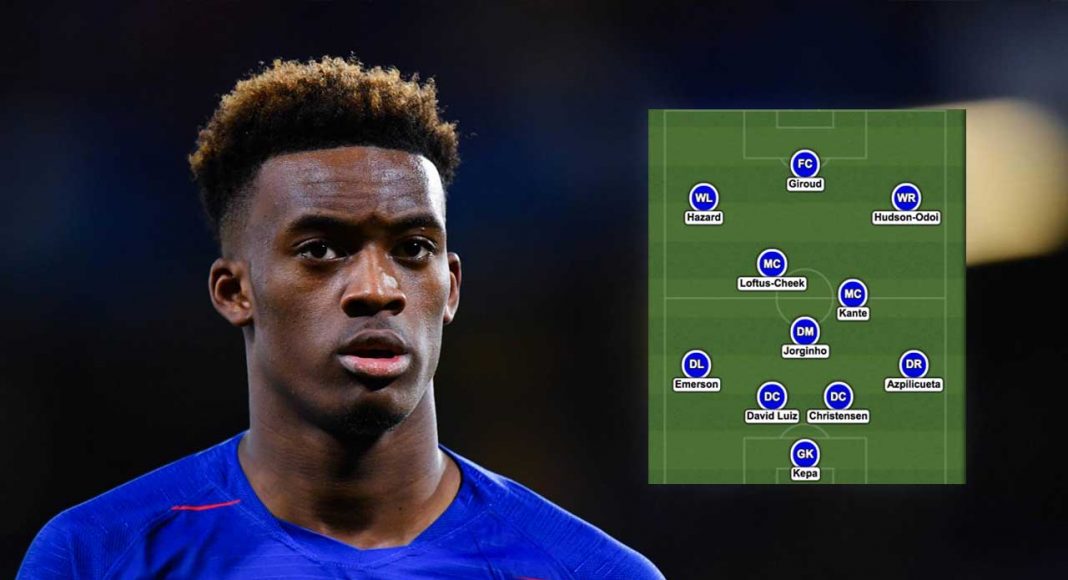 Chelsea host Huddersfield Town at Stamford Bridge in the Premier League later today. We’ve predicted how the Blues could lineup for the fixture.

Having been defeated 4-0 by Bournemouth midweek, the heaviest loss since Roman Abramovich bought the club, Chelsea really need a result today. Not only to reaffirm our Champions League qualification credentials, but to satisfy an extremely disgruntled fanbase.

Thankfully, we have been handed (all due respect to Huddersfield) a pretty straightforward fixture to help us bounce back from the defeat. They’re rock bottom of the Premier League and come to Stamford Bridge needing a miracle to get anything out of the game.

They may be encouraged by the fact that Antonio Rudiger is suffering from a knee injury, as we mentioned in our injury report. Maurizio Sarri could be forced into changes to his defence, which wouldn’t necessarily be a bad thing after recent events.

We don’t expect Gonzalo Higuain to start this one. Sarri has revealed that he is not yet fully match fit and thus you have to question his capability to start three times in a week. Both Ruben Loftus-Cheek and Callum Hudson-Odoi should be involved from the start.

Here’s how we believe that Chelsea will lineup for today’s game. What do you think, Blues? Let us know your thoughts both in the comments section and on Twitter @TalkChelsea, where you can also follow our full coverage of the game this afternoon.