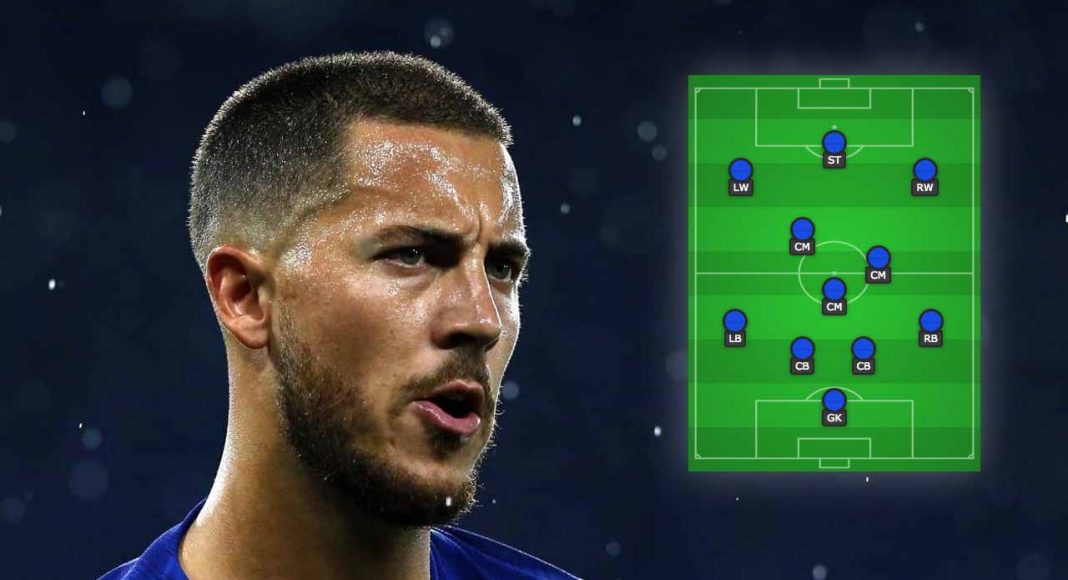 Chelsea host Leicester City at Stamford Bridge this afternoon, and despite failing to accurately predict our starting eleven on a weekly basis, we’re going to try again.

As mentioned in our injury report, Andreas Christensen and Victor Moses have been ruled out the game, while Alvaro Morata faces a late fitness test before his availability can be definitively determined.

We doubt that any of the three will have been involved in the game anyway, certainly not from the beginning. Chelsea have won consecutive games with Eden Hazard fielded through the middle – so why change now?

Ruben Loftus-Cheek has been in excellent form in recent matches, but Maurizio Sarri has stopped short of starting him in these kind of matches. Mateo Kovacic will likely be fielded alongside Jorginho and N’Golo Kante.

The rest of the team essentially chooses itself, with our starting eleven looking something like this. Let us know your thoughts on Twitter @TalkChelsea, where you can also follow our coverage of today’s game. Previous articleChelsea injury news: Two out of Leicester clash, one faces late fitness test
Next articleLeicester City have three star players injured, boost for Chelsea ahead of the game