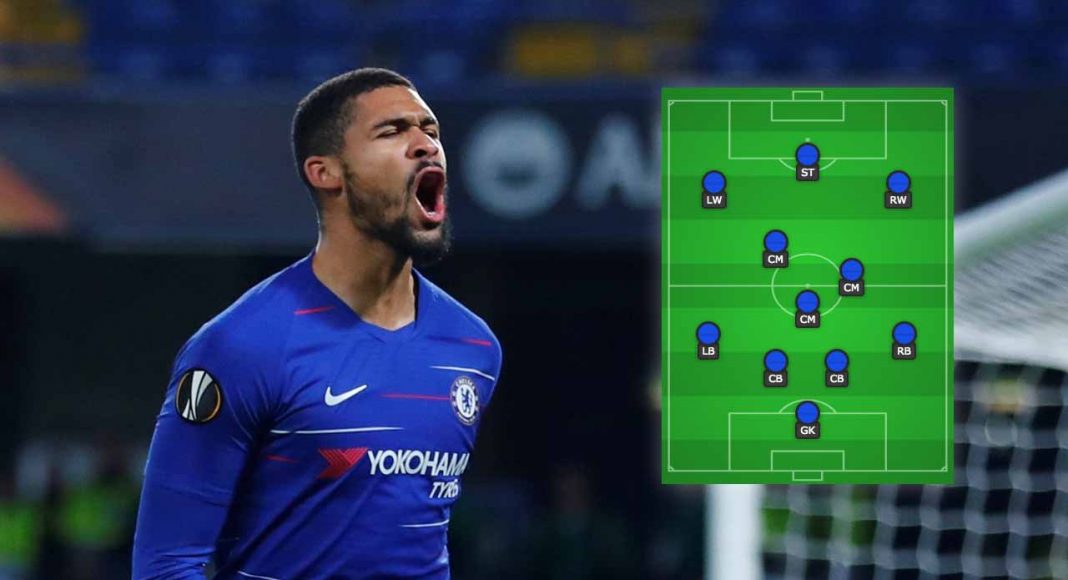 Chelsea visit Watford in the Premier League tonight, and we’ve had a go at predicting how Maurizio Sarri will lineup his side for the game.

Our prediction ahead of the Leicester City game at the weekend was spot-on, but unfortunately the team that Sarri entrusted to get a result was not successful in doing so.

Following a second-half goal from Jamie Vardy, Chelsea suffered defeat in a game that we were previously dominating. This is becoming a recurring theme of life under Sarri.

Not necessarily because of our loss last time out, rather because of the risk of fatigue in the midst of this congested period of fixtures over Christmas and towards the New Year.

We would expect the likes of Ruben Loftus-Cheek, Emerson Palmieri, Ross Barkley and Cesc Fabregas to be given an opportunity to impress this week, but it’s unlikely Sarri would field them all simultaneously, especially having lost last time out.

Alvaro Morata is set to return from a knee injury he suffered away from home against MOL Vidi. He may well be fast-tracked into the side for this one.

We predict that Sarri’s starting eleven would look something like this. What do you think, Blues? Let us know your thoughts @TalkChelsea, where you can also follow our coverage of tonight’s game. Previous articleChelsea injury news: One out, one returning for trip to Watford this evening
Next articleUpdate provided on condition of Chelsea attacker ahead of Watford fixture