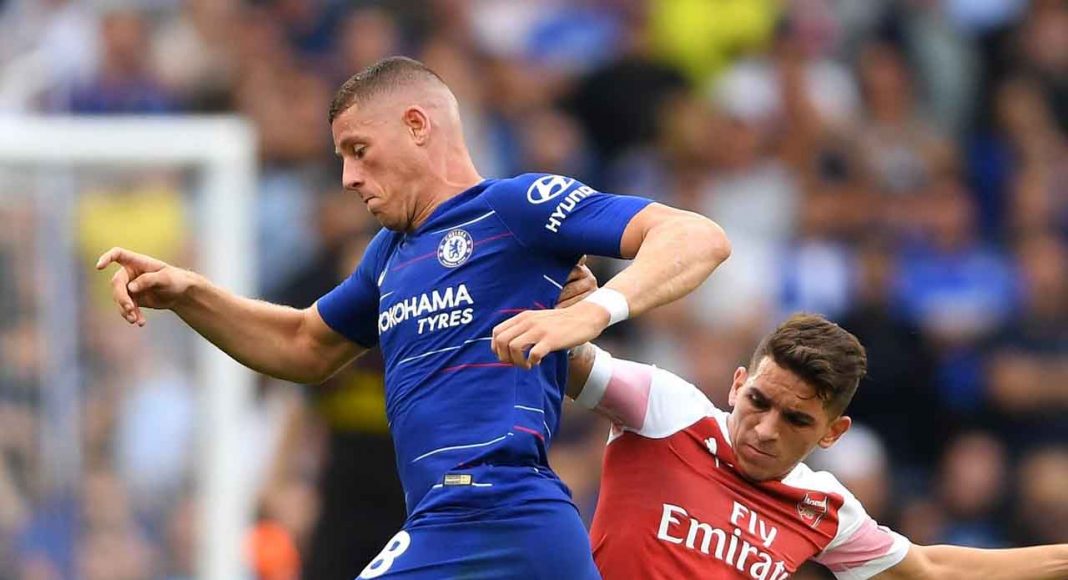 Chelsea midfielder Ross Barkley has revealed that he is hoping to break back into the England setup this season.

Barkley was previously a mainstay in the Three Lions squad, but was left behind by Gareth Southgate as England jetted off to Russia to compete in this summer’s World Cup.

It would have been a bitter pill to swallow for Barkley, especially after seeing what England achieved in the tournament. However, he’s not throwing in the towel.

After being granted a new lease of life by Maurizio Sarri, Barkley is hoping that his performances for Chelsea will win him back his England international status.

Following our victory over Arsenal at the weekend, Barkley was quoted by the Chelsea website saying:

“I’ve just got to do what I can. I’m still learning and giving 100 per cent in training, trying to learn the new manager’s methods. Hopefully with my performances on the pitch I’ll be in the thoughts of the England manager.”

Barkley may well be going head-to-head with Chelsea teammate Ruben Loftus-Cheek for a spot in England’s midfield. Our academy product was preferred by Southgate this summer, but that could soon change if he’s starved of regular game-time.

We hope to see them both in the squad going forward.