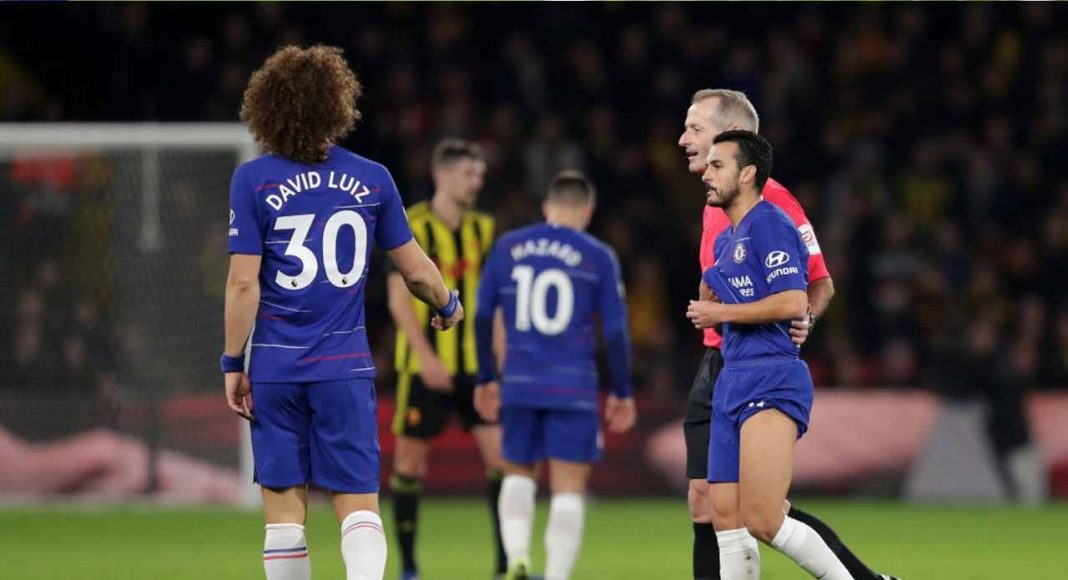 Chelsea suffered a significant injury blow during our clash with Watford at Vicarage Road this evening.

We’ve seen it before, teams’ seasons collapse in on themselves following a string of injuries to their important players.

Maurizio Sarri has been having problems without that this term, so he will have been keeping his fingers tightly crossed that his players will escape the congested festive period unscathed.

Unfortunately for Maurizio, not all of them have managed to do so. Pedro was withdrawn during the first-half of our clash with Watford with what appeared to be a hamstring injury.

He was replaced by Callum Hudson-Odoi, which was encouraging. Sarri could have brought on a striker and moved Eden Hazard out-wide, but he looks to be persevering with using the Belgian as a ‘false 9’.

As for Pedro, we hope that it’s nothing to serious and he’ll be back in action at the earliest possible opportunity. With the amount of games we have coming up, we’ll need him.