The 2019/2020 Premier League season is now underway, and with four games in Chelsea currently place 11th in the table. There’s been lots of talk about how to build the team back up to their 2016/2017 success and score them their sixth Premier League title.

The games so far

Chelsea had a disappointing start to the new season, with a devastating loss to Manchester United. It was a harsh lesson learned from new head coach Frank Lampard; while Chelsea had more chances than Man U, as well as more possession throughout the game, defensive errors and wasted moments close to the goal cost them the game. They lost to Man U 4-0; a heavy defeat, and overall poor performance.

The team have been struggling to get back morale from the first game since. A draw against Leicester City at home wasn’t exactly what they needed, but an early goal from Mason Mount was a good start.

The following game provided Chelsea with a much-needed win against Norwich City — and Lampard’s first victory as the Blue’s new boss. Tammy Abraham had a fantastic goal just three minutes into the game. It was Abraham who would get Chelsea a winning third score midway through the second half of the game after Mason Mount got one in 17 minutes in.

Game four was another draw, this time at home against Sheffield United. Abraham scored Chelsea’s two goals during the first half, but a spirited second half saw Sheffield United fight back on the Blue’s home turf, with goals by Callum Robinson and Kurt Zouma.

After an international break, Chelsea will face an away game against the Wolves. While the Wolves are yet to win in the Premier League this season, they are tough competition for Chelsea, who didn’t beat the Wolves in two games last season, losing 1-2 at Molineaux and drawing 1-1 at the Bridge.

Still, Lampard has a lot of faith in his Blues saying of the draw against Leicester City and early losses: “I was under no illusions when I came here that there would be moments like this. It takes time to work to get where we want to be, and that is thinking and working time.”

Lampard will have to sort out Chelsea’s second-half woes if the team are going to find success. He may need to consider whether Willian deserves his starting spot. Out of 32 matches last year the forward only scored three times and created a meagre six goals, which isn’t great for a Premier League starter.

And of course, keep playing Tammy Abrahams and Mason Mount wisely; these young players are bringing a lot of excitement to the stands and success on the pitch.

With all this in mind, it’s likely that Chelsea will have better success in the table as the Premier League progresses and hopefully get closer to the team that had a 2016/2017 victory. 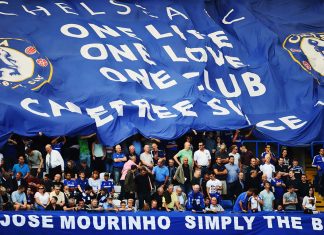