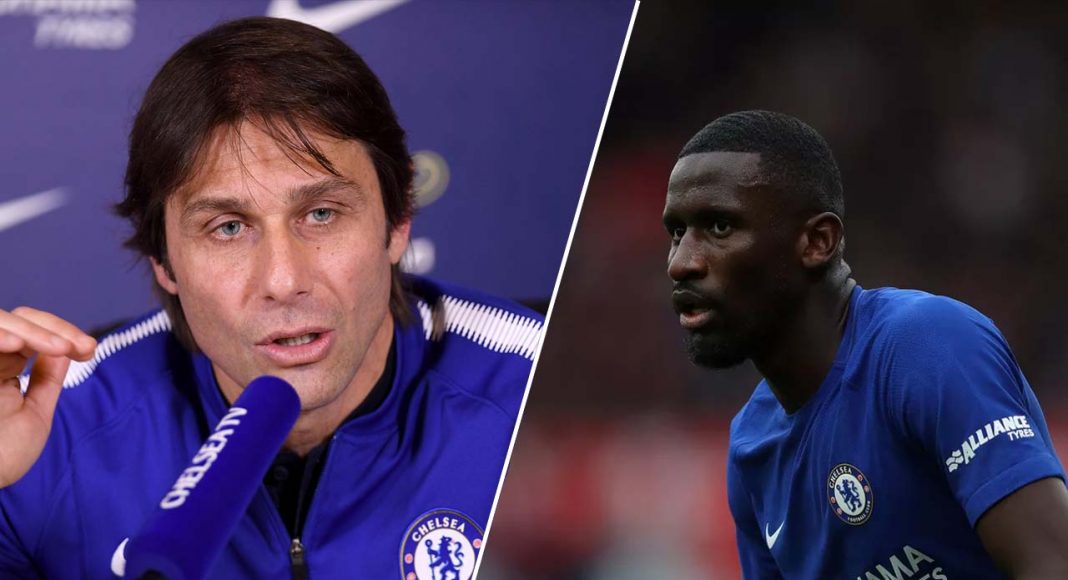 Antonio Rudiger was left out of Chelsea’s dramatic comeback against Southampton on Saturday afternoon after questioning the tactics of manager Antonio Conte.

It remains to be seen whether this is merely a coincidence, or Rudiger has genuinely fallen out with the Italian.

As Goal report, Rudiger was quoted after the Blues’ 1-1 draw with West Ham revealing his bemusement as to why his side took their foot off the gas after their opening goal:

“For me, it’s not easy to explain. I don’t understand why after 1-0 we always drop and let the opponent get more ball possession.”

Conte does not appear to have taken kindly to Rudiger’s comments. The German international was not even included among the substitutes for Chelsea’s win over Southampton on Saturday.

“No [there is no injury], it was a tactical decision.”

We’re not convinced. Players have fallen out with Conte in the past and subsequently been frozen out, a la David Luiz. Rudiger appears to have been the latest to disgruntle our fiery manager.

Rodiger has made a very good observation. Conte must not have or see a single reason to drop him because of what he said, yes is true, let him (Conte) see it as a challenge to the team and find a solution to it. Manager Conte, Make peace with all… Read more »