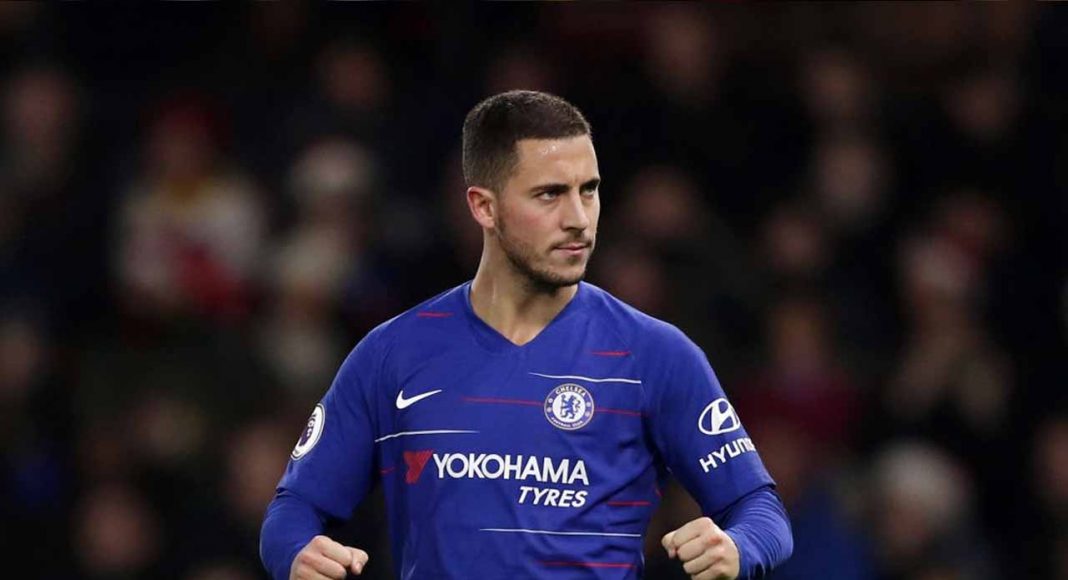 Eden Hazard hit a major milestone by finding the back of the net against Watford on Wednesday night.

Hazard has enjoyed his best ever start to a campaign in a Chelsea shirt, both in terms of goals and assists. He’s on track to shatter his personal bests in both departments since moving to the Premier League in the summer of 2012.

He has been influential in recent successes for this club, and he’s now producing the numbers to provide as evidence of that. His strike against Watford was the 100th he has scored for Chelsea in all competitions.

The Blues have the lead! 🙌 #WATCHE pic.twitter.com/eSGlIN6c46

Hazard rounded the Watford goalkeeper and found the back of the net to take his personal Chelsea tally up to the century mark. We hope, perhaps veinly, that there will be 100 more to follow from here. After his second goal, he’s at 101 and counting.

Unfortunately, we fear that Florentino Perez will be doing everything in his power to ensure that doesn’t happen…