Talk Chelsea
Home News Eden Hazard sends message to Chelsea fans as he closes in on... 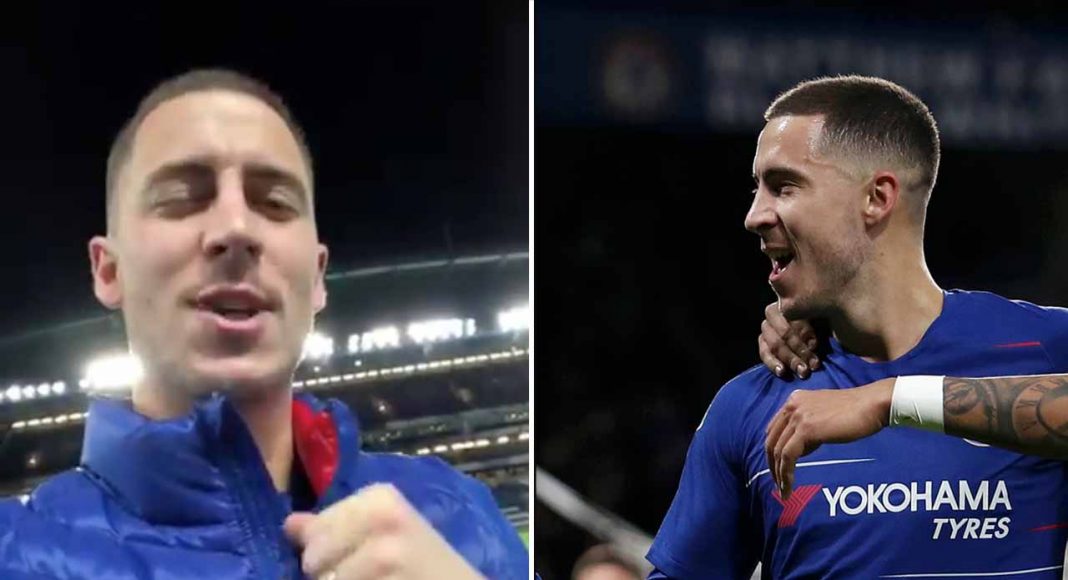 Eden Hazard has sent a message to the Chelsea supporters after bagging his 99th goal for the club against Bournemouth on Wednesday night.

We often rely on Hazard to swing the direction of a game in our favour. We did once again last night, with Bournemouth’s stubborn defence proving difficult for us to penetrate.

It took until the 84th minute and a heavily deflected effort from Hazard to finally beat Artur Boruc and find the back of the Bournemouth net.

Not only did Hazard send us through to the semi-finals of the Carabao Cup, but he also placed himself just one goal away from a major landmark in his Chelsea career.

Hazard hit the 99 mark, meaning that he is agonisingly close to being a Chelsea centurion. Just nine players have achieved that feat previously.

Following the game, he sent a message to Chelsea fans celebrating his (almost) achievement and noting that the hard work will continue from here.