This is an interesting one, and it comes form the Evening Standard. The rumor claims that Chelsea will keep director Michael Emenalo in his position, once Conte arrives. It also goes on to say that both men will try hard to bring Romelu Lukaku back from his growth and development camp in Everton.

Both parts of the rumor are quite polarizing. I for one, would like to see Emenalo stay because I feel he’s been doing his job well, but would not like us to sign Lukaku back because I believe he would not be worth the trouble we would have to go through negotiating with Roberto Martinez and co. but I do admit that I’m probably a member of a minority in the Chelsea fan base.

Aside form the last couple of windows, Chelsea’s transfer dealings have been nothing short of inspired, and the world of football (pundits and fans alike) were full of praise to our management. But because our season has been so pathetic, our bellow average window was magnified and our minor flaws were put under a microscope, and after Mourinho paid for our mediocrety with his job, plenty of fans were angry with the man who broke the news, the man also happened to be responsible for a less than perfect window in the summer, and it was enough for fans to despise him for it. But such a judgement is too harsh for me, especially that we had very little problem with him just 12 months ago.

Lukaku on the other hand, has quite matured since he left us with his tail between his legs after a big penalty miss in the European Supercup. Things have not been exactly rosy since then beween the club and player, which will only making getting him that much harder. And based on our previous experience, we must know that Everton will not make this any easier, especially that they broke their transfer record when they brought him to the blue side of Liverpool. So this makes very little sense for my own liking.

he will get Conte sacked if Conte don’t sack him.

Emenalo is a snake,Conte should insist he leaves. Emenalo has done nothing in the game,what part of his cv makes him good enough for Chelsea? managing a womens team? He will be in Abramovich’s ear the moment Conte tries to manage in his way. 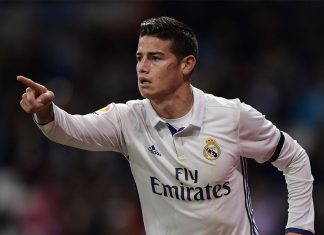 Chelsea taste defeat in pursuit of another summer target