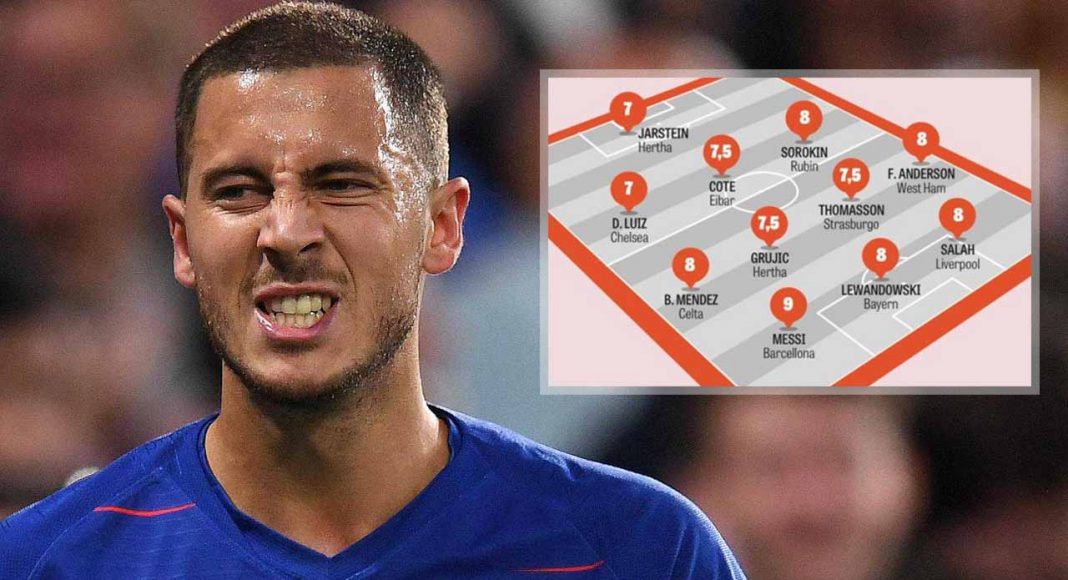 This week’s Gazzetta dello Sport European Team of the Week includes just one Chelsea player, despite us defeating arguably the best club side in the world on Saturday evening.

Manchester City were unbeaten heading into their trip to Stamford Bridge. We had been written off by essentially everyone, but Pep Guardiola met his match in Maurizio Sarri, with Chelsea showing just how far they’ve come since the Community Shield.

Our performance against City, particularly in the second half, was some of the best football that has been showcased in the Premier League this season, but that news doesn’t appear to have trickled through to Italy.

Gazzetta dello Sport have opted to select just one Chelsea player in their European Team of the Week, which is David Luiz. The Brazilian was imperious and scored the goal which essentially sealed the points, so his inclusion is completely justified.

So Liverpool get one of their current team and one of their players on loan in the selection. pic.twitter.com/52rKgaZFpT

You perhaps would’ve thought that Eden Hazard would be in there, having assisted both goals and been instrumental in an unfamiliar role, or N’Golo Kante, who scored a brilliant first-half goal and was tireless throughout the 90 minutes.

Not to worry, brilliant performances from our best players, notably Hazard, are better going unnoticed. At least we can be sure that Real Madrid won’t be further tempted to attempt to prise him away from us.