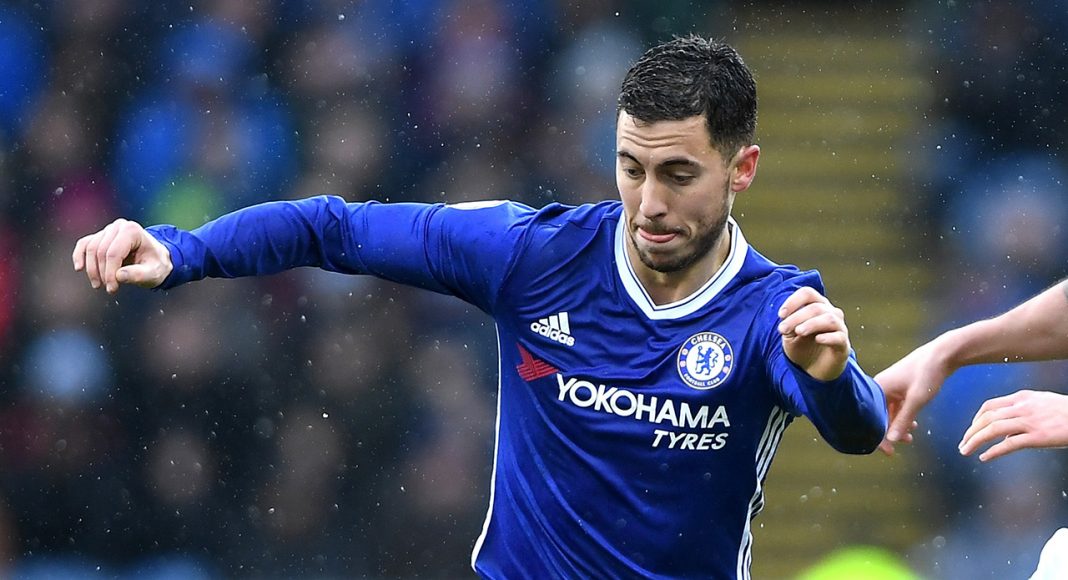 Eden Hazard could be in with a chance of playing against Crystal Palace this Saturday according to ex blue Pat Nevin.

The play-maker had already missed Chelsea’s 2-1 win over Stoke City with a calf injury which he sustained in the build up to the game.

Last week it was said the Belgian could be out for up to a fortnight with the injury meaning he would have missed the next two games.

The international break couldn’t have come at a better time for Chelsea with Eden able to spend time focusing on recovering.

Pat Nevin thinks Hazard could be in with a chance of winning the race against injury and could be fit for Saturday’s game.

“There is of course always the concern about injuries and the effects of travelling for some of the players, but all our closest adversaries are at least as concerned as us right now on those scores.

“Eden Hazard might be winning his battle for fitness for the game against Palace, so the recovery time probably did him some good in the end.

“The Belgians would have liked him to be available for their 1-1 draw against Greece, but that would have been pushing it I reckon.

“I actually think this has been a good thing for the club generally, not just Eden, and maybe for the manager more than anyone else it has been an opportunity to take stock.”

Hazard has been in great form for Chelsea this season and is one of the main reason’s the blues find themselves with a 10-point lead at the top of the Premier League table.

The Belgian has scored 11 goals and made 4 assists in the league so far this season and looks on course to helping Chelsea win their 5th Premier League title.