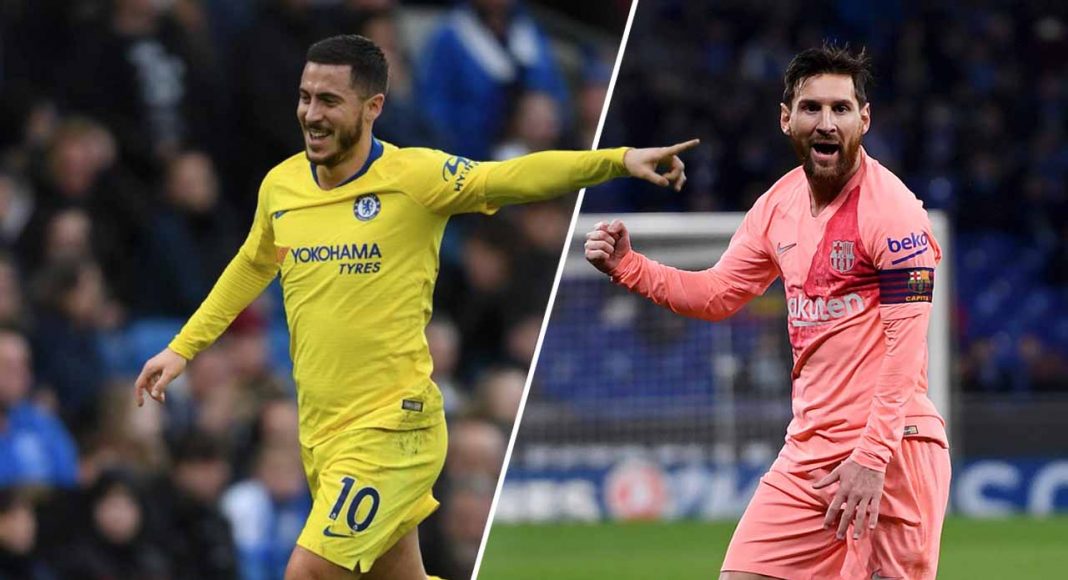 Only two players in Europe’s top five leagues have scored eight goals and provided eight assists this season. Can you guess who they are?

Obviously, one of them is Lionel Messi. The greatest player of all-time continues to dazzle and his contributions to goals and assists year after year are unparalleled.

You’d think of the PSG lot next. Kylian Mbappe, and Neymar especially, have got to be up there, haven’t they? Wrong.

What about Cristiano Ronaldo? He’s taken to life in Serie A like a fish to water, and though he has scored 11 goals, he’s only got five assists to his name.

We’ll put you out of your misery. The second player is not Robert Lewandowski, not Mohamed Salah, not Paulo Dybala or Antoine Griezmann – it’s our very own Eden Hazard.

Only two players in Europe’s top five leagues have registered 8+ goals and 8+ assists:

That’s right, after Hazard scored his eighth Premier League goal of the season, as well has providing his ninth assist, he became just the second player this season to hit that magic number in both stats.

He’s world-class. He’s the dictionary definition of world-class. The best player in the Premier League is on fire, and the rest of the country ought to be very afraid.