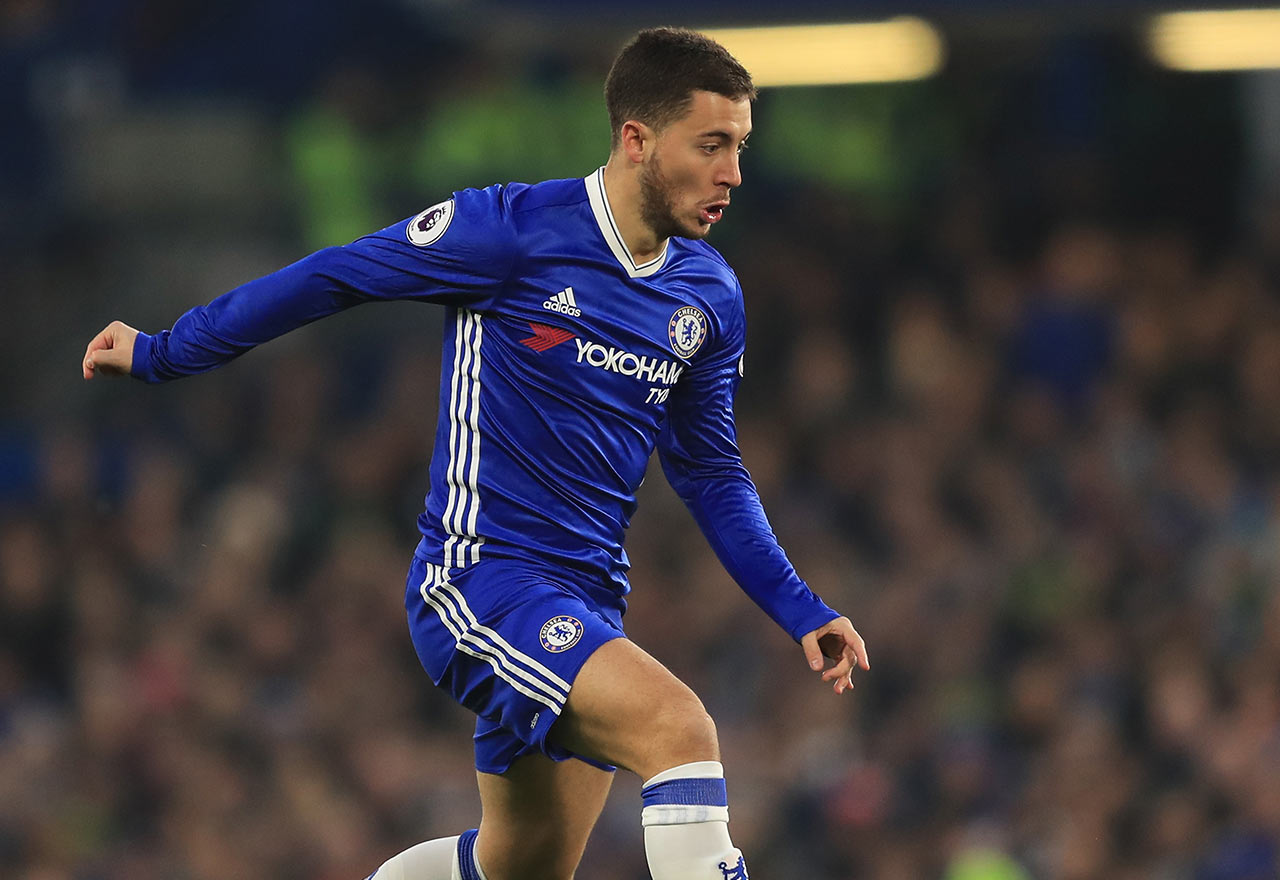 Eden Hazard tops the table for most take-ons completed out of any player from Europe’s top 5 leagues this season.

It’s a remarkable turn around for the Belgian winger who’s woeful form for Chelsea last season saw him score a pathetic 1 goal before April. Even more shocking is he didn’t score his first Premier League goals until the end of that month in a 4-1 win at Bournemouth.

This season having Hazard in the squad is like signing a new player. His recaptured the form which saw Chelsea win the league and him earn the PFA player of the year award in 2014-15.

As a result his been instrumental in the Blues rise back to the top of the Premier League table scoring nine goals and provided three assists for his team.

Antonio Conte deserves all the plaudits for getting him to play back at the level we know he can.

Also on the list is Adama Traoré who plays for Middlesbrough. He has 84 take-ons which maybe is the reason Chelsea have been heavy linked with the player in recent weeks.

Crystal Palace’s Wilfried Zaha and Bastia’s Allan Saint-Maximin make up the rest of the list along side Barcelona’s Neymar.

Kurt Zouma want’s to fight for Conte after injury
Ola Aina to be loaned out, Loftus-Cheek and Chalobah to stay