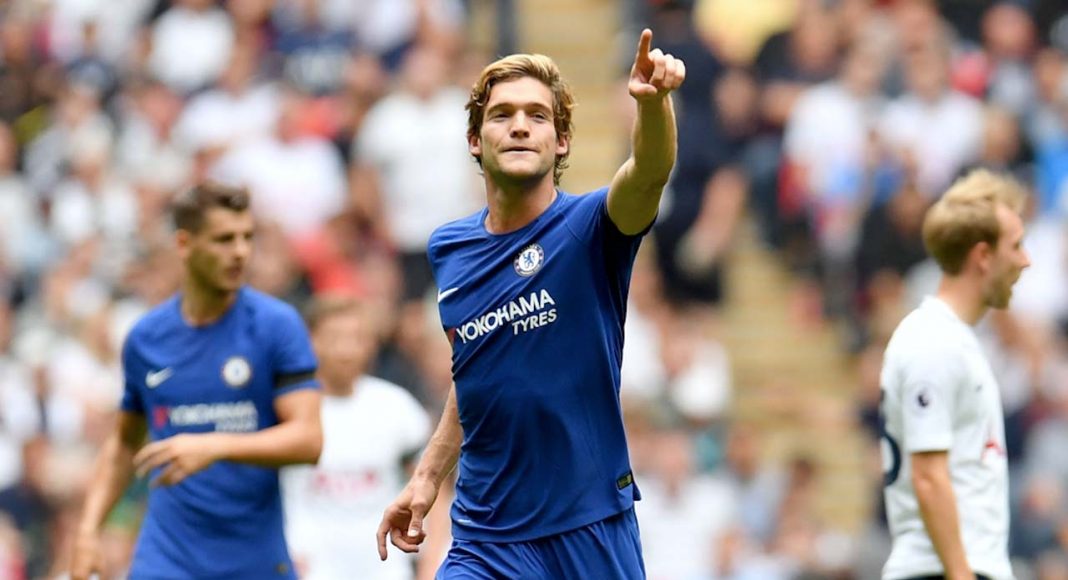 Chelsea defender Marcos Alonso insists he is happy at the club but wants to end his career as a footballer in Spain, the Metro reports.

The 26-year-old played for Bolton Wanderers and Sunderland earlier in his career so he clearly enjoys England. But when talking to Spanish radio station Cadena Ser, Alonso admitted he would like to return back to his country one day.

Alonso is quoted by the Metro saying:

“I’m very happy at Chelsea but I would like to return to Spain one day. But I’m very happy in London. All I think about is the game against Crystal Palace.”

Alonso isn’t the only one focusing on the Crystal Palace game. We’ve predicted Eden Hazard to score first in the fixture in the free-to-play Hotshot Jackpot for a completely free chance to win £275K this weekend. If you want to get involved, click here!

Alonso was a youth product at Real Madrid but only has one La Liga appearance to his name.

Despite these reports, Alonso’s near future looks to be at Chelsea and hopefully he can win more trophies with us.