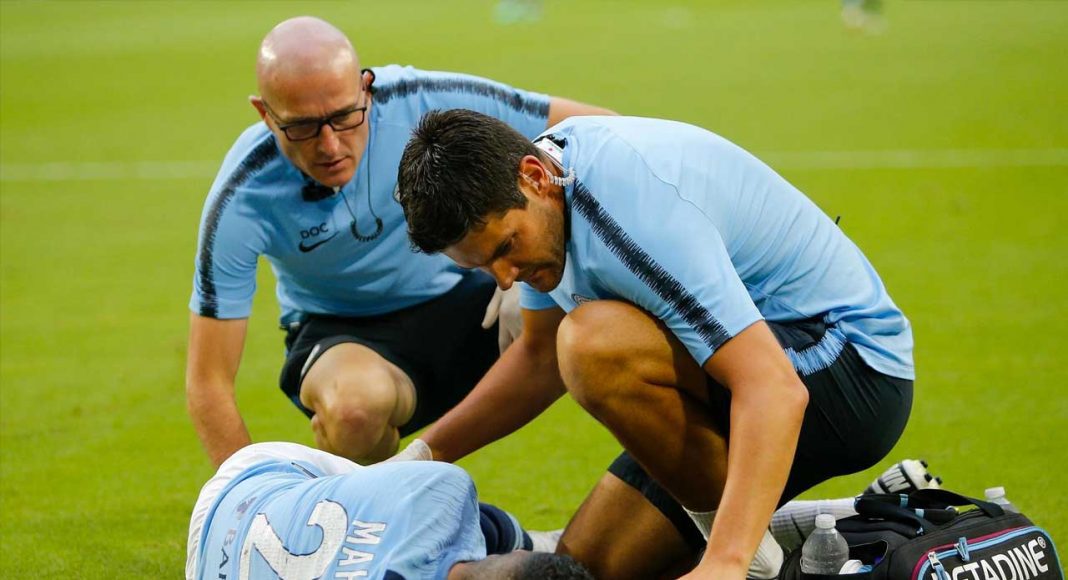 Riyad Mahrez, against all odds, could be fit for the Community Shield on Sunday.

He was later seen on crutches wearing a protective boot. There were fears that serious damage could have been done to City’s summer signing.

It looks as though City were just taking precautions, though. Mahrez’s ankle injury is not severe, and he could be fit for the Community Shield, as the BBC report.

Pep Guardiola has a plethora of talent at his disposal. If Mahrez was to miss out, he’d be replaced by a player of similar quality.

The Community Shield will provide the first real test for Maurizio Sarri’s Chelsea side. It’d be good to face a full-strength City side so we can fully gauge where we’re at.

Mahrez being fit is not necessarily bad news for us, and we’d never wish harm upon a professional footballer.