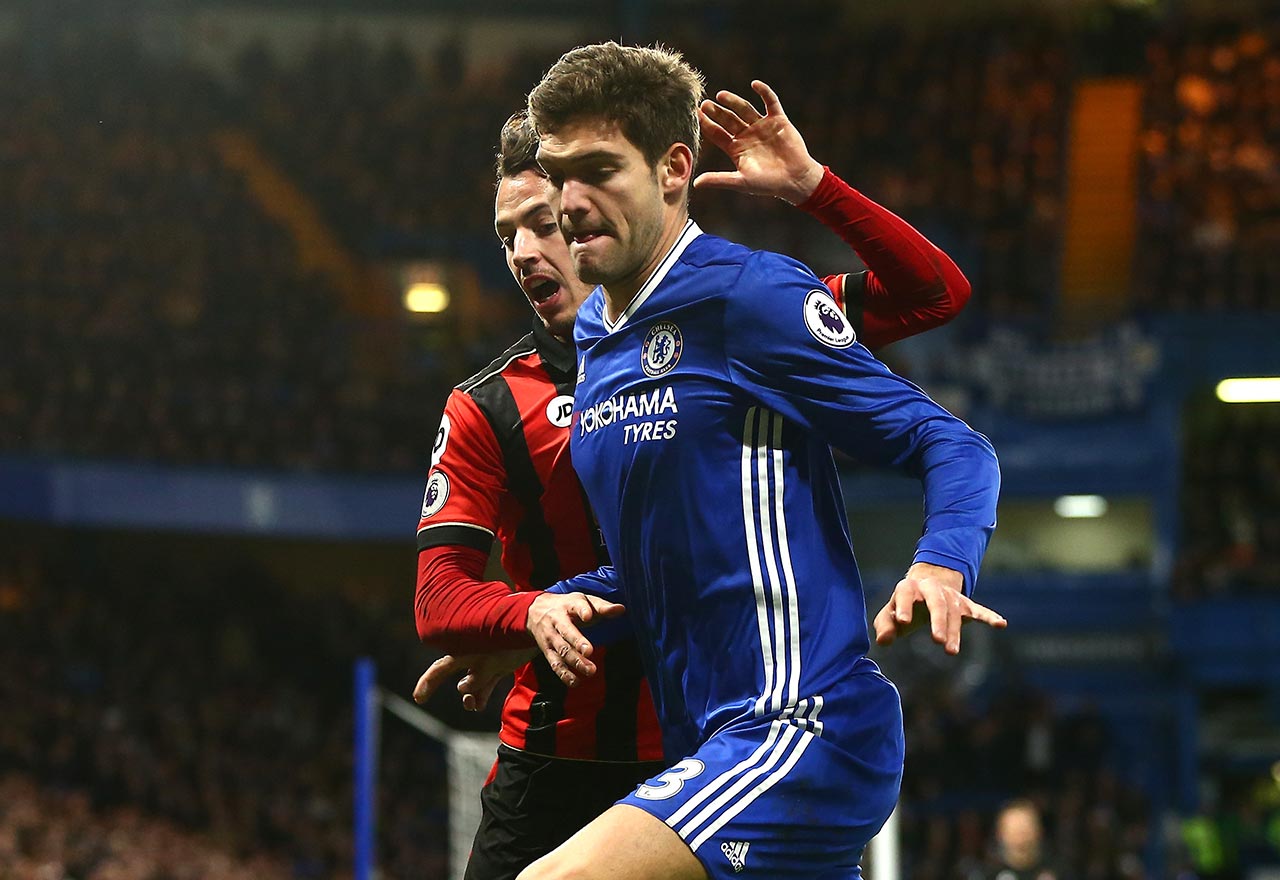 Defender Marcos Alonso could miss Wednesday’s game with rivals Spurs after he uploaded a photo of himself on popular social networking app Snapchat. The photo shows him receiving treatment after the Blues 4-2 win against Stoke City yesterday. The Spaniard appeared to injure his right ankle during the game, although it’s unclear if he hurt himself falling awkwardly or if he took a knock from another player.

He went on to play the full 90 minutes as Chelsea extended their winning streak to an 13 matches.

Alonso has become one of the key players in Chelsea’s transition to a 3-4-3 system and will be needed if Chelsea want to equal Arsenal’s record 14-match winning streak on Wednesday night against Spurs.