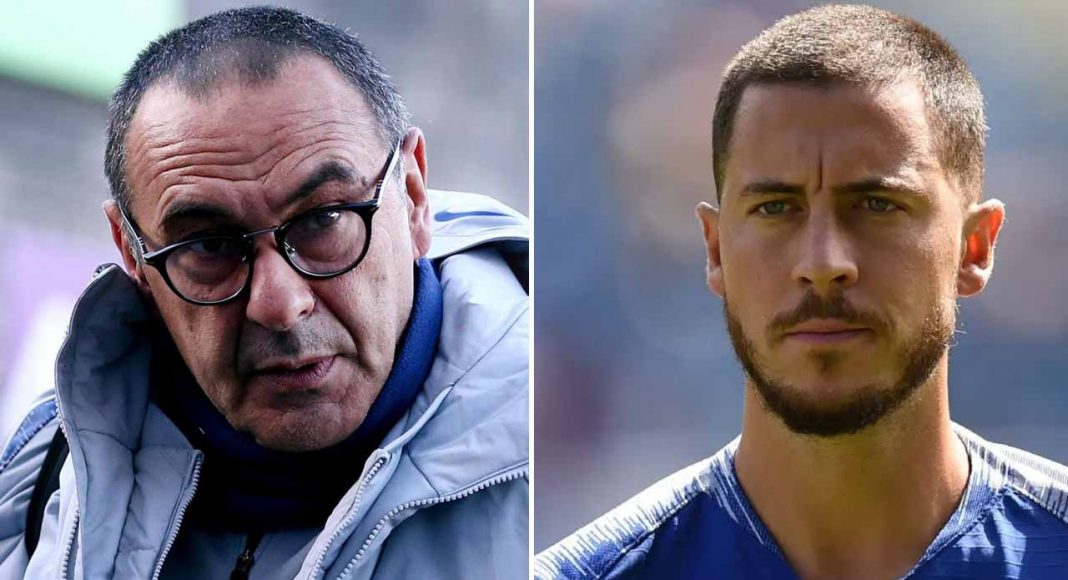 Hazard has been on the receiving end of plenty of tough tackles since arriving in the Premier League back in 2012 – many of which have gone unpunished.

Chelsea fans have called on the officials to give more protection to Hazard, a player who is quite clearly targeted by his opponents on a weekly basis, yet no progress has been made.

Hazard, who has already battled through two injuries this season, looked hurt against Brighton and left the field soon after.

We feared that he could be set for another spell on the sidelines, but Sarri has offered some reassurance.

In his post-match press conference, Sarri is quoted by Football London saying:

“Eden is okay. It’s only a knock, only a knock. I spoke with the doctor five minutes ago and it’s not a big problem. Maybe one day to rest, two days at most.”

It appears likely that Hazard will be rested for Chelsea’s Carabao Cup clash with Bournemouth midweek, but he should be fit for the Leicester City game next weekend, which is excellent news!

It would make sense to bench Haz for Weds cup game and bring Giroud in against Bournemouth. Let us also hope that Sarri starts with RLC in place of Kovacic and Emerson in for a currently poor Alonso! KTBFFH