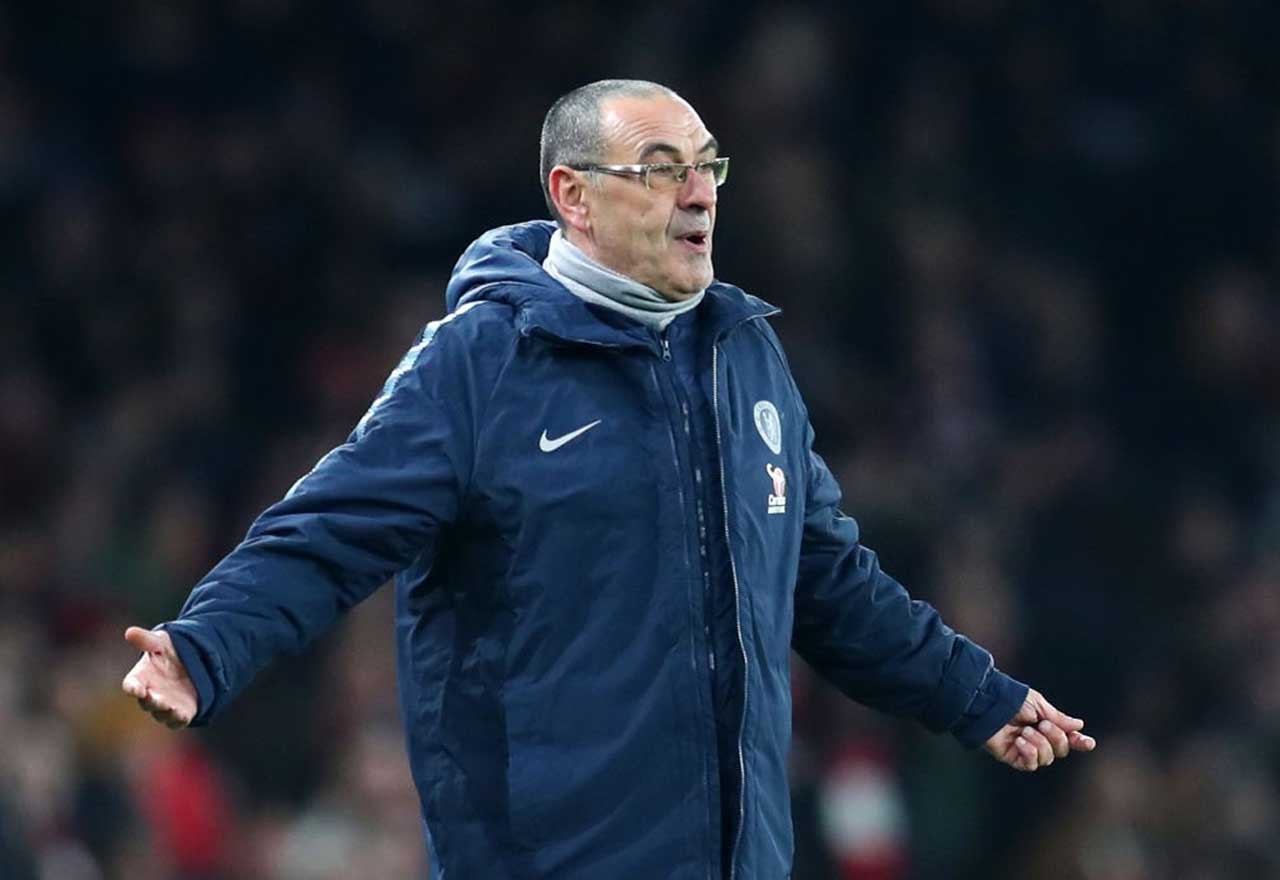 Maurizio Sarri has had enough. Our manager has snapped during his post-match press conference following our toothless 2-0 loss to Arsenal on Saturday evening.

Maurizio Sarri’s frustrations with his players will have been growing following months of inconsistencies, and it looks as though they may now have boiled over following the Blues’ 2-0 defeat to top four competitors Arsenal at the Emirates on Saturday evening.

Sarri launched a scathing review of his Chelsea players while talking to the media after the game. The Blues rolled over to our rivals in what could prove to be a pivotal game in determining which teams are entered into the Champions League for the 2018/19 campaign.

After a week of hard work on the training ground, Sarri will no doubt have been angered by his players’ inability to execute his instructions on the Emirates turf. We fear for the players in the dressing room having seen Sarri’s body language in his post-match presser.

“I prefer to speak Italian first of all because I want to send a message to my players & I want it to be very clear. I don’t want to make a mistake with my English.”

“I’m extremely angry, because this was due to our mentality. We played against a team far more determined than we were & this is something I can’t accept. We had a similar issue vs Tottenham.”

“It would appear that this group of players is extremely difficult to motivate.”

“When you see this kind of a game, we can’t really talk about tactics. From a technical POV the teams are on the same level, but they were more determined than us.”

“It seems that as a group of players they’re not aggressive from a mental POV. It’s something difficult to change because you have to influence their mentality & that could take time.”

“I’m aware of the fact that this is never going to be a team known for it’s battling qualities, but we need to be a team that can adapt.”

It’s hard to disagree with a word he’s said. Many of these players have put up two of the worst title defences the Premier League has ever seen. Players who are strong mentally don’t do that. Sarri has his work cut out to turn this team back into winners.

stop pushing a square peg into a round hole. let the players revert to 3 at the back, Rud/Luiz/Az/Christ/Amp. let kante be great again with either Kov/Amp/Jorg next to him sweeping infront of back three. Allow Alonso to be at his best. Let Pedro develop into a right wing back,… Read more »

Please play kante in central throw jorginho away allow hazard to remain in his wing , you could use Giroud to lure defenders away for hazard to do his tactical wonders

Chelsea fans point the finger at one man after Alexandre Lacazette’s opening goal
Transfers: Report claims youngster has made his decision as Chelsea table £85K-a-week offer