Talk Chelsea
Home Transfers Chelsea fans set to get their wish, Sarri will have a new... 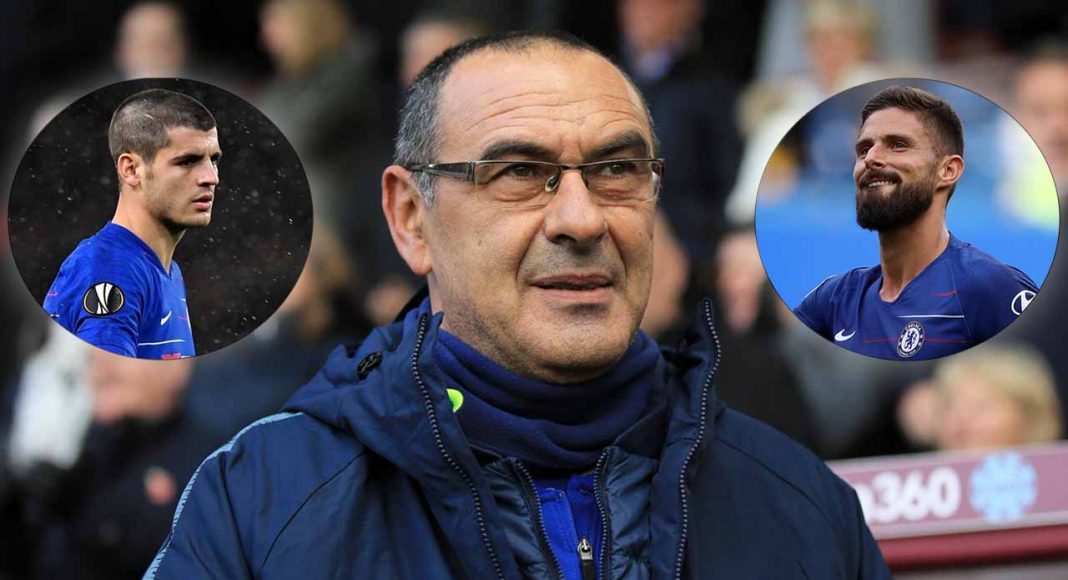 Chelsea fans may well get the new striker we’re all hoping for this January – but the club won’t be looking to the transfer market in order to strengthen their options in attack.

Alvaro Morata and Olivier Giroud have been sporadically good this season, but neither has been consistent enough for Maurizio Sarri to build up any sort of faith that they are worthy of leading his line.

Sarri fielded Eden Hazard as a false 9 in arguably our biggest game of the season so far, which is testament to his discontent with his current options upfront.

Step forward Michy Batshuayi. Many of us were hopeful that he’d stick around this season after a successful few months at Borussia Dortmund. Yet, he was loaned out once again, this time to Valencia.

Valencia’s patience with Batshuayi looks to have worn thin. The Belgian just doesn’t fit at the Estadio Mestalla, and the Spanish side are ready to part ways with him.

According to Marca, Valencia are hoping to cut Batshuayi’s loan short and send him back to Chelsea. It’s not mentioned in the report whether that we would be prepared to give the green light to that happening.

Is Batshuayi the striker we need, or should we still look to spend big in the January market? Let us know your thoughts on Twitter @TalkChelsea.

I’d rather go for a a proper big name – but one who’ll work. I know, easier said than done. Arnautovic or Mitrovic both might be worth a shout too, but then Giroud doesn’t get a game when he should, so I can’t see either of those getting a game… Read more »

Would love to see this guy at Everton, if he has no place at Chelsea.

Of course he is, we should never have let him go out on loan. Give him a run of games and I’m sure he will score plenty of goals. Auf Wiedersehen Morata!

I think the problem with Michy is he isn’t given enough game time. He needs to be in the team constantly to get used to players around him, and for players to get used to him. Without a doubt he is the kind of striker we need. He is quick,… Read more »

yes we have to give him a try

Be welcome at Everton should you wish to keep him closer to home.

We need him , Morata is is worse than nothing !!!

TalkChelsea is strictly for informational and entertainment purposes. Our website is no way connected or affiliated with Chelsea Football Club or any other related fan sites. The views and opinions expressed here are in no way representative of Chelsea Football Club. All images on this website are the property of their respective owners.
© 2020 Talk Chelsea | Design by James Porter | Hosting by RackSRV
wpDiscuz
7
0
Would love your thoughts, please comment.x
()
x
| Reply
MORE STORIES