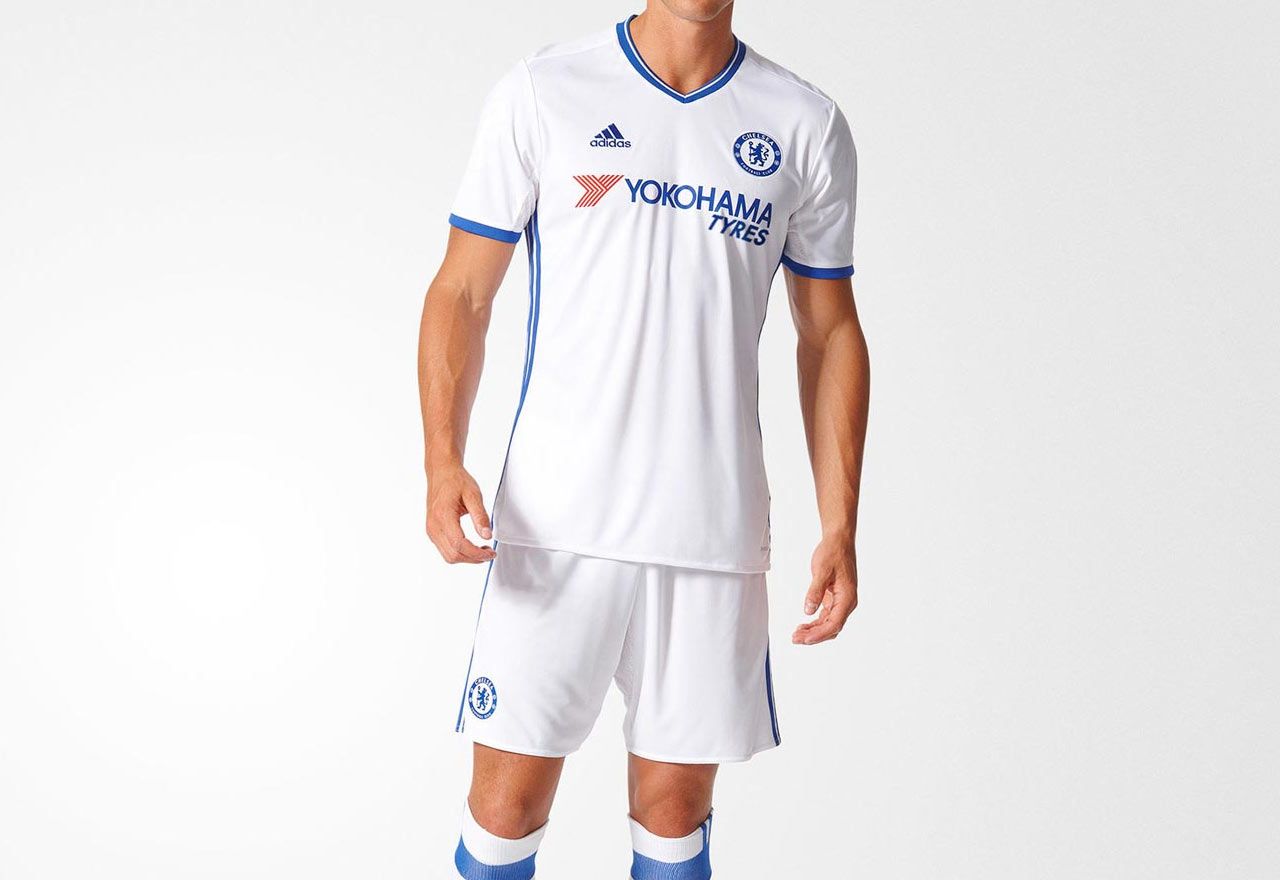 Chelsea have today revealed their new third kit for the 2016/17 season.

Whilst the away strip was unveiled to mixed reviews, this kit seems to have gone down more favourably with supporters.

White has proven a successful colour for Chelsea, most memorably playing important roles in our European successes of 2012 and 2013. The all-white strip features a large lion on the sleeve with an embossed effect. It is completed with the addition of the iconic adidas three stripe design on the side panels in Chelsea blue, two colour crests and a tailored ‘Chelsea FC’ collar tape.

All white, with a classy blue trim, the template is identical to the home shirt and simply in the reverse colours, making this seem a pretty lazy effort from adidas. Perhaps, then, this is why the Blues have chosen to look elsewhere for kit sponsorship as of next summer.

Like the home kit, this strip features an embossed lion effect, with the only major differences (other than the reversed colour way) being the two-tone trim around the sleeve, and the two-colour white and blue crest, which omits any gold or red elements.

Though undoubtedly nice visually, for Adidas’ last Chelsea strip, this third kit is a halfhearted, uninspired, and predictable product. What is less predictable is this popular slots game, which promises handsome rewards should you be brave enough to take it on. It is a nice enough kit, but it is sad to see such little creativity from the manufacturer.

The kit will be worn for the first time against Watford on 20 August in our first away Premier League game. The shirt is in stores from Monday 1 August.