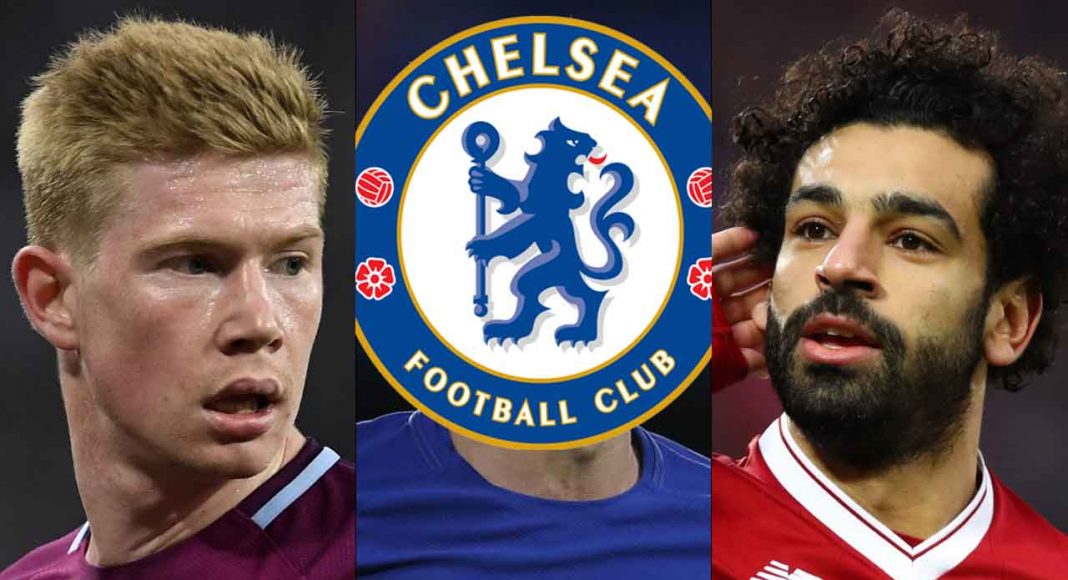 Chelsea wing-back Marcos Alonso has been named in the PFA Team of the Year for the 2017/18 campaign.

Alonso has scored six Premier League goals this term, including a match-winning brace against Tottenham at Wembley earlier in the season.

He’s a constant threat down the left-hand-side and from set-pieces. Alonso is the only Chelsea representative in a PFA Team of the Year which is dominated by champions Manchester City.

The PFA Premier League Team of the Year!

Alonso will likely be banned for Sunday’s FA Cup semi-final clash with Southampton having been charged by the FA for allegedly stamping on Shane Long last weekend.

As soon as his suspension is served, he will likely come straight back into the side and replace whoever his deputy may be – Davide Zappacosta or Emerson Palmieri.

With the likely departure of Antonio Conte, and thus doubt over Chelsea using a three-at-the-back formation, it remains to be seen what the future holds for Alonso.

For now, though, congratulations – Marcos!

Former Chelsea players Kevin De Bruyne and Mohamed Salah, who are thought to be the frontrunners for the PFA Player of the Year award, also make the cut.