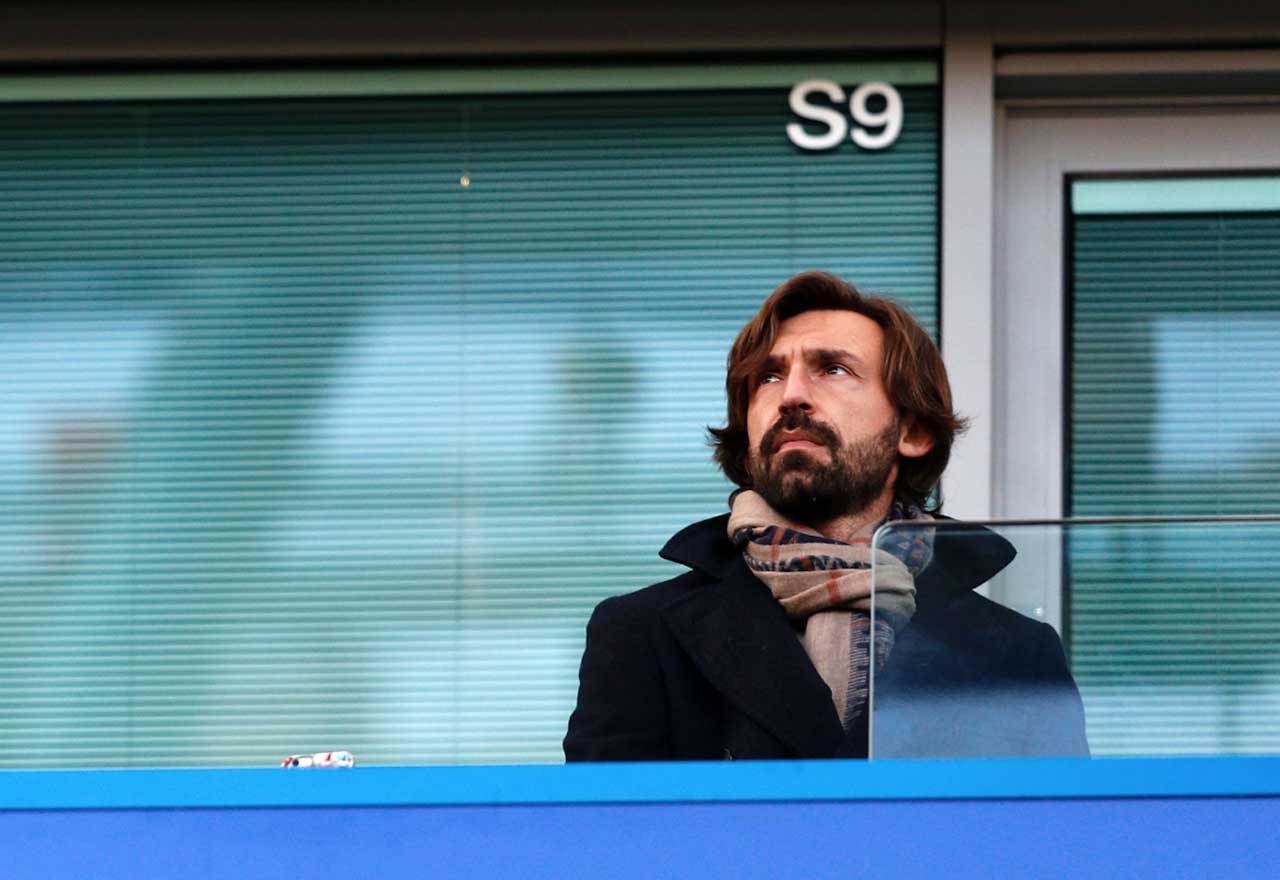 Andrea Pirlo is taking joining the backroom staff of the Football Club into consideration for after he retires from the New York City Football Club. The Italian maestro announced that he intends to give up his job at the end of the Major Soccer League, MLS, season, and after that he would be interested in working with Antonio Conte.

Pirlo has suggested that he would certainly consider a move to the Chelsea Club as an assistant manager. His contract in New York City expires in December this year, and the Italian World Cup winner, who is just 38-years old, is not ruling out the possibility of working with his previous boss, Conte.

Antonio Conte currently has no Number Two, or assistant manager, and Pirlo, when asked what direction he would be heading in when December comes around, simply stated that he would do something else. He said that he had been hearing rumours about working with Conte, and that he had some ideas, but that there was still time to decide.

A Brilliant Career as a Player

Andrea Pirlo retired from playing football due to suffering injuries to his knees, but not before taking 116 caps for the Italians. He may not have been one of the highest paid footballers ever, but he certainly made a name for himself on the field.

When asked about his retirement, Pirlo replied that one realised when one’s time was over. He added that he had started experiencing physical problems, and that these resulted in him not being able to train as he needed to. He went on to say that at his age, this was enough, and that one does not consider playing football until 50-years of age.

Pirlo stepped off of the field after 22 years, but managed to amass a series of trophies before he did so. These include:

After spending ten years at the San Siro with AC Milan, Pirlo spent the next four at Juve, winning trophies all the way through this period, before he headed to the United States of America.

‘He also asks me about my girlfriend’ – Marcos Alonso lifts lid on Chelsea dressing room conversations
Chelsea superstar may have to make biggest decision of his career, claims Belgian journalist