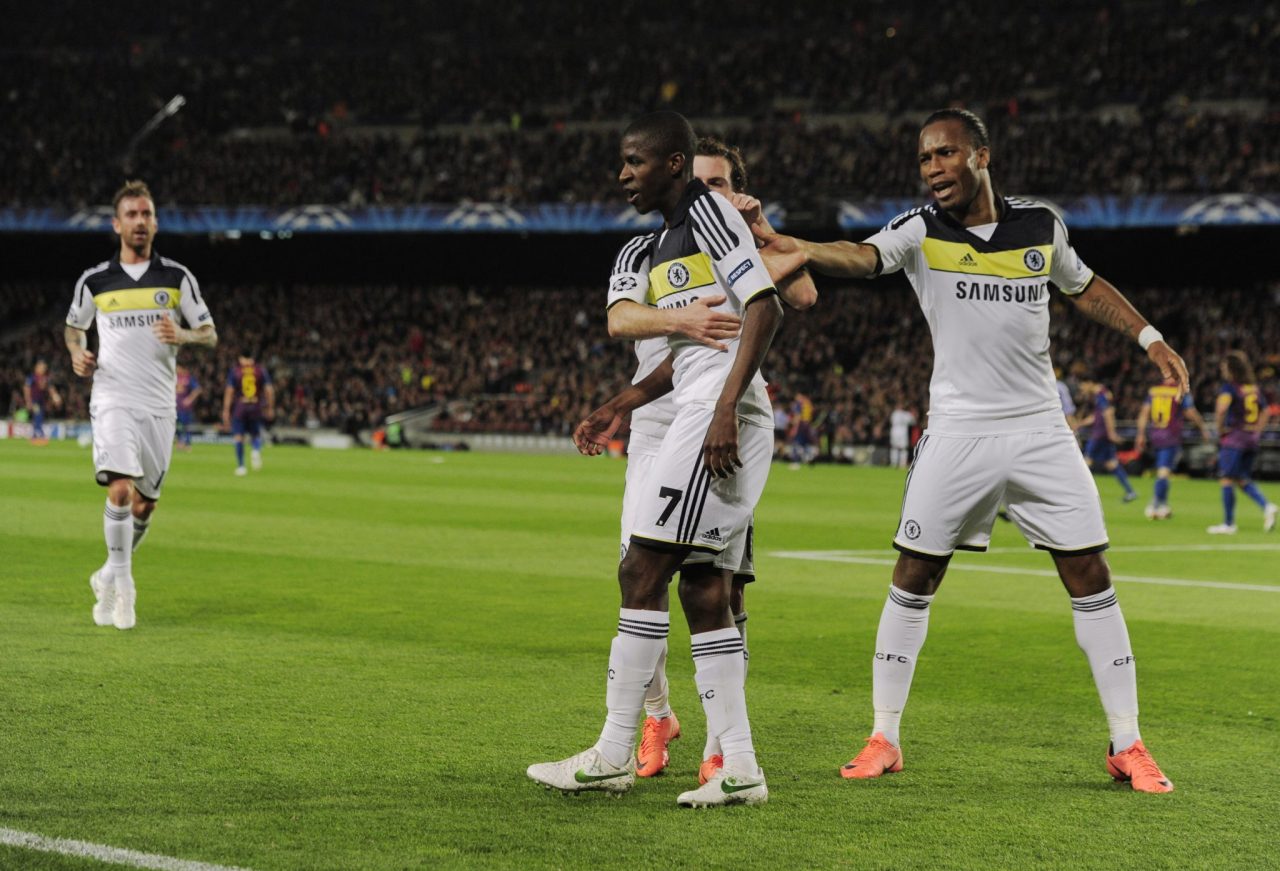 The Brazilian scored a wonderful chip goal against Barcelona in the semi-final of the competition. This came moments after the player recieved a yellow card and was suspended for the final.

Ramires is quoted by the club’s official website saying:

“Wherever I go, I always meet at least one Chelsea fan and always they come to me and say ‘Oh! Your goal against Barcelona!’. When we finished the game, Roberto [Di Matteo] came to me and said you are out for the final.”

Ramires was joined by John Terry, Raul Meireles and Branislav as players who would sit out of the match against Bayern Munich through suspension.

These absences didn’t matter in the end. Chelsea would beat Bayern Munich in their own stadium. The Champions League was finally going to Stamford Bridge after several years of agony along the way. After leaving Chelsea, Ramires is playing for Jiangsu Suning in China

Ramires showed his brilliance in the 2011/12 season

Ramires didn’t just score this important goal in the Champions League. The midfielder’s opening goal in the final of the FA Cup Final against Liverpool was a moment to remember for the player.

The energy in which Ramires played with was second to none in that campaign. As Frank Lampard wasn’t getting any younger, fresh legs in the middle of the park was certainly needed.

Ramires did a great job in providing Roberto Di Matteo’s team with a great workrate. This fantastic attitude along with moments of brilliance will make him a player to remember for Chelsea fans.