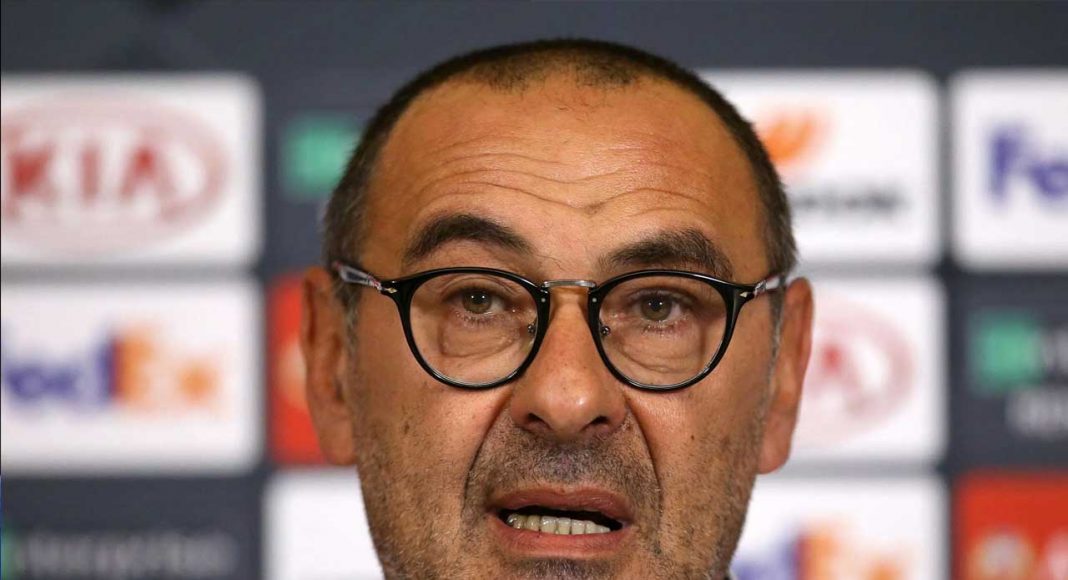 Maurizio Sarri was highly critical of N’Golo Kante when reflecting on our loss to Tottenham during his pre-Europa League press conference.

Scarcely has a bad word been said about Kante since his arrival in the Premier League. He’s not only one of the best midfielders on the planet, but he’s also a humble and highly likeable guy. It’s earned him plenty of admirers.

The Frenchman had one of his worst ever performances in a Chelsea shirt against Tottenham at the weekend. He wasn’t the only player who failed to deliver, but because we rely on his influence so heavily, we suffered with him being off the boil.

There has been talk this week of moving Kante deeper into the role which is currently occupied by Jorginho, but Sarri is having none of it. The Italian waved away those suggestions, and instead criticised Kante for the part he played in the Spurs defeat.

Sarri is quoted by the Guardian saying:

“As you know, I want to play a central midfielder as a very technical player – a Jorginho or Cesc Fàbregas. I don’t want Kanté in this position. Kanté, in the last match, wanted to solve the match after the first 15 minutes but in the wrong way.”

“He lost his position. He attacked too much the other box. And I think this is not one of the best characteristics of Kanté, but it was only a reaction to the difficulties.”

“Maybe it’s only a question of time before he learns the role. But when the ball is on the other side, the left, Kanté has to stay very close to Jorginho.”

These are stern words from our manager, but he’s not wrong. Even Kante has room for improvement, and he’s not going to make that progress without someone like Sarri acknowledging his flaws.

I’m sure Ngolo will heed to thi warning and improve on it. It hasn’t been an easy switch for the bloke but sooner or later he will adapt well enough. And to think he did not criticize jorginho and David Luiz rattles me. They were the worst culprit in that… Read more »

Previous articleTransfers: Fabregas set for January move to Italy – and the transfer fee is a joke
Next articleChelsea v PAOK injury news: Eden Hazard ruled out of Europa League clash